While in Mumbai, Apple's SVP of Internet Software and Services Eddy Cue spoke to India's Economic Times TV Mahalingam about his current trip to India. Below are just a few of the questions posed to Cue.

One of the criticisms of Apple is that India has been much of an afterthought in the past. Be it the launch of latest phones, or payments. Is it a valid criticism?

Cue: "I think it is a valid criticism in the sense that, were we thinking of India with all the features that we are providing: the answer is we didn't have all of them. So, it is valid from that sense. But that's why we are here. We are changing that in a huge way.

When you look at the products that we have, students discounts – those are things that wouldn't have been in the past here, but now they are here on Day One. When you look at Apple music, the most aggressive price point is here in India. We have done that very uniquely in India. We expect and we are here for the long term to make sure that when we are building new products or enhancing existing products, we are thinking of India."

How important is India for Apple from a content point of view? It's obviously an important part of the phones and hardware business

I think there is a huge opportunity in India. I also think of the opportunity as global. One, there are Indian people all over the world. And two, they are discovering Indian music and Indian talent and Indian movies…and we know how to do that really, really well too.

Let's talk payments. Some of your competitors (Google, Samsung) have made an entry into that space. What are your plans?

It is great that all of these payment mechanisms is coming out in India because it empowers people to be able to pay. What Apple pay does is make that process easy, integrated and safe. We absolutely want to bring Apple pay to market here. 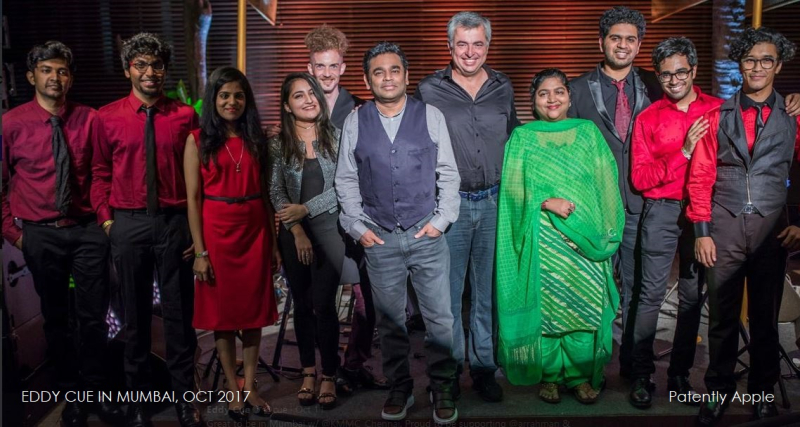 The interview with Eddy also touched on Apple TV, the future of TV, Maps and Apple Music. While in India Cue announced the work Apple is doing with the A.R. Rahman Foundation on the KM Music conservatory with kids. That's where Cue was in the photo above. On that note, Cue stated that "It was great to set up a couple of labs with all the Apple equipment." For more of this interview, read the full Economic Times report here.