Home Archives Contact Us Subscribe Twitter Facebook MeWe Parler Patently Mobile
With Apple locked out of the Top PC Vendor's List in Europe, Microsoft Prepares to launch new 'Always On' Notebooks
Tick-Tock, the Future of the Smartphone begins with Pre-Orders for iPhone X This Friday

At the New Apple Michigan Avenue Store, Apple's CEO Sits Down for a Brief Interview about the Store, AR & more 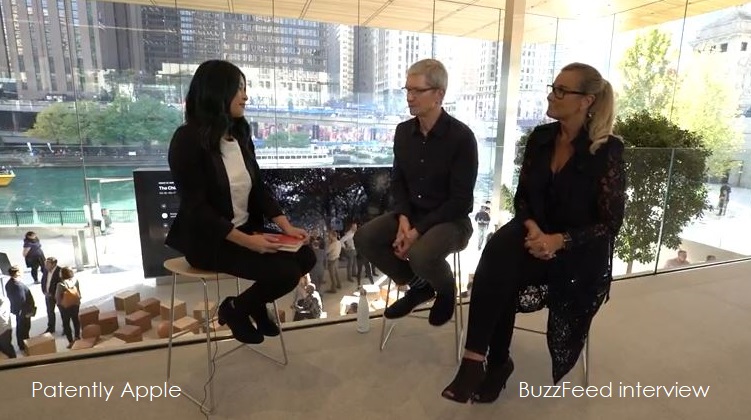 At the debut of Apple's massive new Chicago store, CEO Tim Cook and head of retail Angela Ahrendts sat down with BuzzFeed News to talk about the future of Apple retail, and the upcoming launch of the iPhone X, or what the company describes as "the future of the smartphone." They're also a brief segment where the architectural company behind the new Chicago store takes a moment to point out some of the materials used in the make up of the new Store. 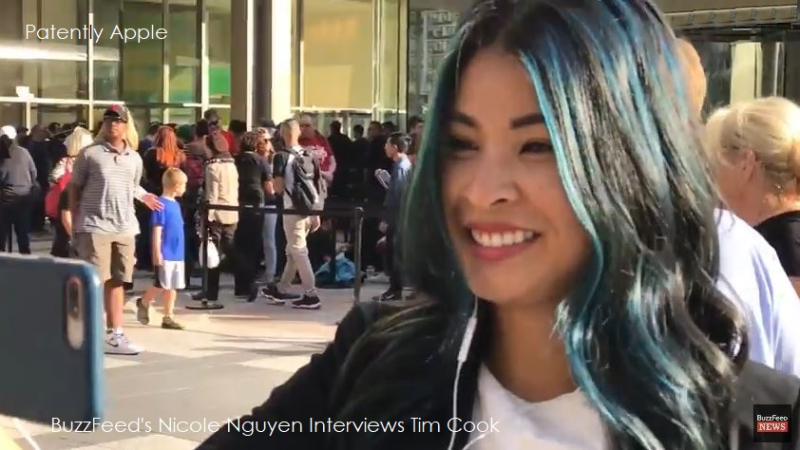