Home Archives Contact Us Subscribe Twitter MeWe Facebook Patently Mobile
Round Two over Encryption between the U.S. Government and Silicon Valley may be Brewing
A New Rumor Surfaces in South Korea claiming that Apple and LG are Collaborating on a future Foldable iPhone

As the Transition from the Mobile Revolution to the AI Revolution begins, Google Declares War on Apple

Right up to yesterday Apple's CEO Tim Cook stated in an interview with the Independent that its competitors "don't control the hardware and software. It goes to what Apple is about – the integration of those two things." This has been something that Apple's late CEO Steve Jobs had worked hard at achieving for Apple.

Microsoft has been trying to copy Apple's secret sauce with their Surface line of products for years with little success. Now Google, starting with their October 4th event, has taken a similar stance to beat Apple at their own game.

After acquiring the HTC smartphone team on September 21, Google decided to take control of every aspect of their hardware going forward so as to finally go on the offensive with Apple. And unlike Microsoft, they have the developer base and a lead in AI to make a real run at Apple where it matters most, the premium market.

Google's October 4th keynote began with a long message from CEO Sundar Pichai about their leadership in AI that mirrored their 2016 delivery of the Google Manifesto on AI. This time Pichai said that Google intends to use their AI advantage by integrating it into future hardware. When they introduced their new Pixel 2 smartphone last week, they squarely aimed to smash Apple's iPhone Plus advantage, the dual lens camera with Portrait Mode.

When introducing the new Pixel 2 smartphone, Google's VP of Product Management Mario Queiroz stated that "Pixel 2 also brings you 'Portrait Mode' but we're implementing it a little bit differently. We're applying Google's unmatched computational photography and machine learning. Portrait Mode lets you take professional looking shots with a blurred background to make the foreground pop, like what you might capture with an LRS camera.

Other smartphones do this by combining the images from two cameras. Pixel 2 does Portrait Mode with just one camera and machine learning.

What's unique about Pixel 2 is that it could generate a true depth map with a single lens so you get beautiful portrait shots without needing a second camera. The way this works is that the Pixel 2 camera includes a dual pixel sensor technology. This means that each pixel in an image contains a right and a left view. The difference in perspective from those pixels combined with machine learning models trained on almost a million photos means that this works on really hard cases like a busy colorful background. And yes, this does work with objects too.

And there's more, Portrait Mode doesn't just work on the main camera. Because of the quality of Google's computational photography with a single camera, you could also take portrait selfies through the front camera – on both the Pixel 2 and the larger Pixel XL."

There was almost an air of arrogance in most of the presentations made that day, taking stabs at Apple at every turn from giving Android fans more storage for their photos and videos than Apple, to having their new Pixelbook connect to their Pixel 2 smartphone automatically without having to set up a hotspot like iPhone users have to do.

While it's just bravado right now, I believe that Google is going to be the first competitor to match Apple's strength of integrating software and hardware over the next five years. Everything Google introduced at the their recent event was focused to outdo and out-think Apple. They mocked Apple at every opportunity.

If the Pixel 2 camera really holds up to delivering Portrait Mode for both the front and back camera with a single lens camera on both their 5" and 6" models, then they'll have proven that they could outsmart Apple and that becomes a real threat.

For now it's theoretical, but what I'm not going to do is dismiss this threat out of hand. Apple spent years developing their TrueDepth Camera and Google comes along in short order and delivers a similar technology using a single lens camera and machine learning and matches Apple's Portrait Mode is quite an achievement.

The next thing to watch for is the Google hardware team's aggressiveness. They just introduced their new Pixelbook and they're already planning to deliver yet another new model that will take aim at Microsoft's Surface Book that allows the display to detach and act as a standalone tablet. The Surface Book was outrageously priced and never got off the ground with consumers or students. Google has an opportunity to match the Surface Book in design while surpassing it with ease by selling it at less than half the price.

In a market like education where Google is quickly dominating a market that was once owned by Apple, the new Pixelbook and more importantly the detachable version that's now preparing to go into production, is going to be another market threat. Google now holds 58% of the education market, Windows 22% and Apple iOS 14%. 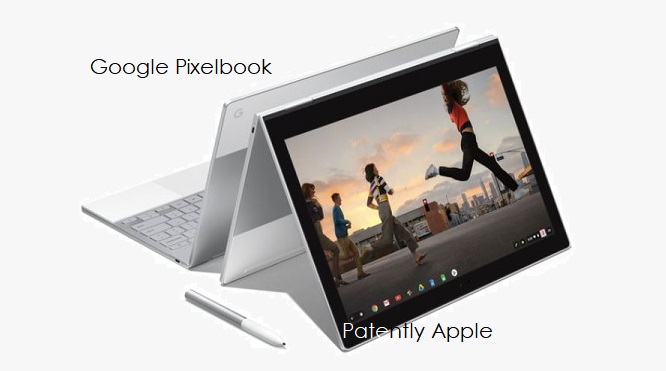 A new digitimes report posted today states that "Sources from the upstream supply chain have disclosed that the device is manufactured by Quanta Computer and Google has recently placed orders for another detachable Pixelbook model with the ODM."

The report further noted that "Google is now also eyeing the consumer market for Pixelbook, as students who have been using Chrome OS may continue to use it after graduating from school. In addition to the freshly announced Pixelbook, the sources revealed that Google has recently placed orders with Quanta for a detachable Pixelbook also using a 12-inch touchscreen display."

Google's new Pixelbook with a detachable display will also be a challenger to Apple's iPad Pro, yet in a more familiar form factor of a notebook instead of a flimsy keyboard cover. It will be priced better for higher education and consumers that want such a device

Somehow Google's October 4th event, in my view, was a turning point for Google. While they were once pleased to simply take 85% of the mobile market and leave the premium market for Apple, it appears that they now want to challenge Apple in the premium space. They want to challenge Apple's technology. They're hellbent on making a run to show that technology leadership is now in their court.

I think that a new tech war is about to begin and that's good news for Apple fans. The harder Google takes a run at Apple, hopefully Apple will respond in kind and introduce more products and even more features for our iDevices and Macs.

Way back in 2012 when wireless charging was coming to Android phones, Apple's Phil Schiller downplayed it. Schiller noted that the wireless charging systems still have to be plugged into the wall, so it's not clear how much convenience they add. The widely-adopted USB cord, meanwhile, can charge in wall outlets, computers and even on airplanes, he said. "Having to create another device you have to plug into the wall is actually, for most situations, more complicated."

A patent came out shortly thereafter showing a new virtual charging area concept providing a superior wireless charging solution than a pad. Surely this was what Schiller must have been thinking of when downplaying wireless charging pads. Yet after a long five year wait what will we be getting? Right, a charging pad called the 'AirPower' mat as shown below that simply plugs into the wall or your Mac. Absolutely no ground breaking innovation here, it was just a case of Apple being caught off-guard and late to market – no excuses. 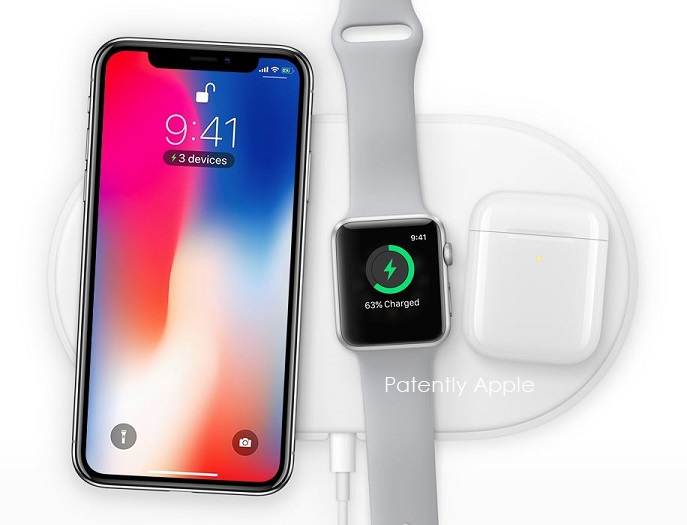 Again in 2012 Apple's Phil Schiller mocked Samsung's phablet saying that the center of the iPhone design was our thumb; that the large display smartphones simply missed the boat. Years later, Apple introduces the iPhone 6 Plus, a smash hit phablet. Again, Apple was just late to the party and used super silly excuses for being late to market that their fans for the most part ate up whole at the time.

If Google ups their hardware line-up and attack on Apple, Apple won't have the luxury of missing the boat as badly as they had with wireless charging and the phablet. Fans don't want whiny excuses, they want Apple, the richest tech company on the planet to deliver. While Apple's Apple TV team fell asleep, Amazon delivered a TKO and made Apple look stupid and flat footed.

I noted in a report yesterday that Wired had stated that "Six years after its launch, Siri has by most accounts fallen behind in the virtual assistant race. Amazon's Alexa has more developer support; Google Assistant knows more stuff; both are available in many kinds of devices from many different companies." Apple's response to that was Greg Joswiak, Apple's VP of product marketing going on the attack saying that Siri is a pure 'get-shit-done-machine and not a trivial pursuit assistant. Apple's reaction showed that they had lost ground and were being highly defensive.

While Apple owned the last decade, the iPhone X ends that era and a new one is set to begin. Will Apple continue to dominate the next decade or will they finally have a competitor like Google dance circles around them like they did with Microsoft?

While only time will tell how this will all play out in the coming years, it's clear that the tech press is no longer under Apple's trance. It seems that the tide for them has already turned.

Bloomberg's Mark Gurman recently wrote a report on this subject titled "Apple's Latest Products Get Rare Mixed-Bag Reviews." He noted that a string of new Apple products failed to wow reviewers as in the past. The gloves are clearly off. The press wants Apple to get back to delivering products and features fans want and designs that dazzle beyond being thinner. Google senses this unrest in the market and sees that this is the time to strike and they may be right.

Have an opinion? Send in your comments below.