Home Archives Contact Us Subscribe Twitter Facebook MeWe Patently Mobile
Intel's Former CEO Paul Otellini who Worked with the Late Steve Job on Intel based Macs has Died at 66
With China's Oppo getting the Green Light to Open Flagship Stores in India, Analysts think Apple Could be Next

As Predicted, the EU has issued a Non-Compliance Action against Ireland for Not Collecting Apple's Taxes on Time 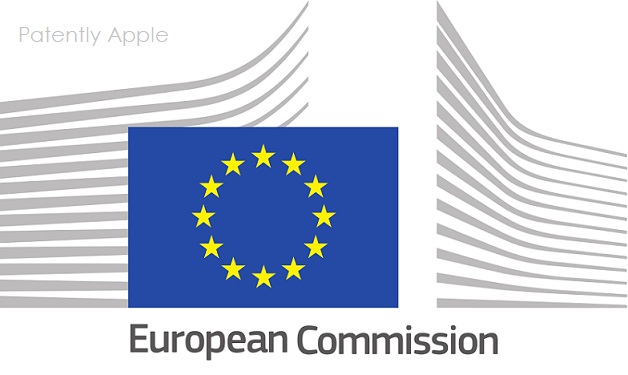 On Monday Patently Apple reported that Ireland could face a rebuke from European Union authorities for failing to collect a year-old tax bill of as much as 15 billion euros ($17.6 billion) from Apple Inc. during a fight with regulators. The report further noted that the European Commission may issue a so-called non-compliance action as soon as this week. Today the European Commission said it was taking Ireland to the European Court of Justice for its failure to recover up to 13 billion euros ($15.3 billion) of tax due from Apple Inc, a move labeled as "regrettable" by Dublin.

Commissioner Margrethe Vestager, in charge of competition policy, said "Ireland has to recover up to 13 billion euros in illegal State aid from Apple. However, more than one year after the Commission adopted this decision, Ireland has still not recovered the money, also not in part. We of course understand that recovery in certain cases may be more complex than in others, and we are always ready to assist. But Member States need to make sufficient progress to restore competition. That is why we have today decided to refer Ireland to the EU Court for failing to implement our decision."

The press release added that "Until the illegal aid is recovered, the company in question continues to benefit from an illegal advantage, which is why recovery must happen as quickly as possible."

Today, more than one year after the Commission's decision, Ireland has still not recovered any of the illegal aid. Furthermore, although Ireland has made progress on the calculation of the exact amount of the illegal aid granted to Apple, it is only planning to conclude this work by March 2018 at the earliest.

"The Commission has therefore decided to refer Ireland to the Court of Justice for failure to implement the Commission decision, in accordance with Article 108(2) of the Treaty on the Functioning of the European Union (TFEU)."

Ireland's Independent reported the reaction by the Irish Finance Ministry. "The Department of Finance has described the Commission's decision as 'extremely disappointing' in a statement. 'Ireland has never accepted the Commission's analysis in the Apple state aid Decision,' they said.

'However, we have always been clear that the Government is fully committed to ensuring that recovery of the alleged Apple state aid takes place without delay and has committed significant resources to ensuring this is achieved. Ireland fully respects the rule of law in the European Union.

That is why it is extremely disappointing that the Commission has taken action at this time against Ireland.

Irish officials and experts have been engaged in intensive work to ensure that the State complies with all its recovery obligations as soon as possible, and have been in constant contact with the European Commission and Apple on all aspects of this process for over a year.

It is extremely regrettable that the Commission has taken this action, especially in relation to a case with such a large scale recovery amount. Ireland has made significant progress on this complex issue and is close to the establishment of an escrow fund, in compliance with all relevant Irish constitutional and European Union law.

The work on the establishment of the escrow fund to deal with the unprecedented recovery amount will continue, notwithstanding the fact that Commission has taken this wholly unnecessary step.'"

Patently Apple posted a report back in early August titled "Ireland close to a deal with Apple over holding Billions of Euros during the EU Tax Ruling Appeal Process," which supports the Irish Minister's account.