Before there was ever a Samsung phone with active icons on the curved sides, there was an Apple granted patent. We covered this invention last summer when Android fans were saying that Apple was about to copy the Samsung Galaxy Edge. In fact Apple had gained their first patent on this before Samsung's patent or product. Apple was granted their second patent for this invention last August and today Apple has been granted their third patent for this feature with updated patent claims once again. In this granted patent, Apple single's out the use of a virtual camera icon on the edge of a future iDevice. 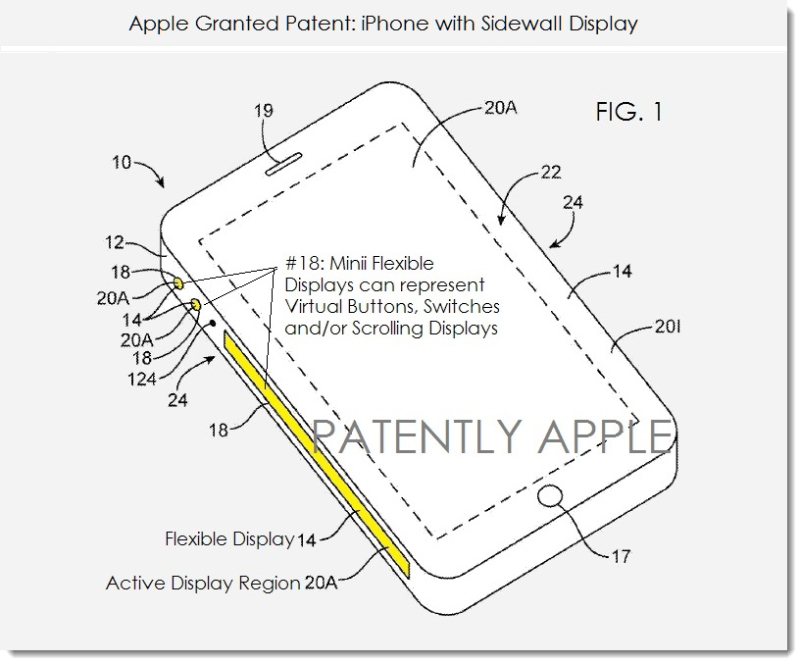 One of the additions to the patent claims was found in claim #1 which reads as follows:

Apple's granted patent 9,791,949 was filed in Q1 2015 and published today by the US Patent and Trademark Office. Apple's original invention dates back to 2011.