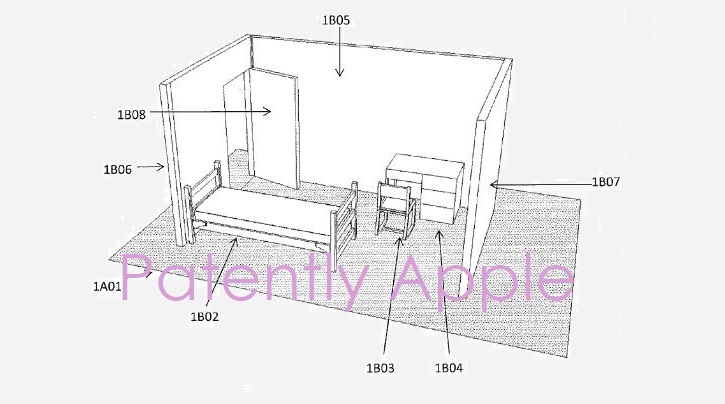 In July Patently Apple posted a patent application report titled "Apple Patent Reveals the Exciting Possibility of Augmented Reality Smartglasses." The technology behind that invention came from Metaio, a company that Apple acquired back in 2015. Their technology is thought to be behind Apple's push into augmented reality and ARKit. Today Apple was granted another Metaio patent for an advanced 3D printer which could work with Augmented Reality (AR) and more importantly AR glasses.

Therefore, it is an object of this invention to provide a method for instructing a 3D printing system comprising a 3D printer which is adapted to print at least one object onto a desired surface area of an existing object or a part of the existing object in order to build a composed object satisfying a pre-determined alignment between the at least one object to be printed and the existing object. A further object of the invention is to provide a corresponding 3D printing system. 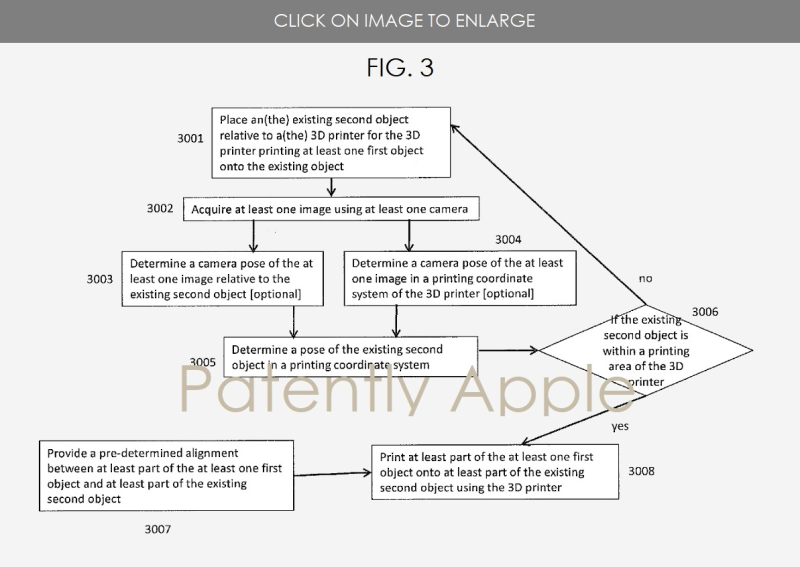 Apple's patent FIG. 3 presented above shows a flowchart of a method of printing at least one first object onto an existing second object using a 3D printer.

The virtual information can be any type of visually perceivable data such as texture, texts, drawings, videos, or their combination. The view of the printed object or the part of the printed object could be perceived as visual impressions by user's eyes and/or be acquired as an image by a camera.

The AR visualization could run on a mobile device equipped with a camera. The equipped camera could capture an image as the view of the at least part of the real object. The mobile device may further have semi-transparent glasses for the optical see-through, or a normal display for the video see-though, or a projector for projecting the computer computer-generated image.