The U.S. Patent and Trademark Office officially published a series of 56 newly granted patents for Apple Inc. today. The first granted patent that we cover in this report involves an invention that could include an advanced environmental sensor that could be built into future iDevices that could detect dangerous gasses within the vicinity of an iDevice and warn the user to evacuate.

The second patent that we cover involves a possible future Cellular MacBook that would include a telephone application over and above mere data that is available with an iPad with WiFi and Cellular data.

This could be important as Microsoft and Qualcomm will be announcing at a special event in London today or tomorrow their new hybrid 2-in-1 notebooks using ARM processors that are 'Always On' like your iPhones.

Apple has many patents on MacBooks with Cellular connectivity but has held back thus far so as to not interfere with iPad sales. Perhaps the Windows + Qualcomm hybrid notebooks being released for the holiday quarter will egg Apple on to compete with a new generation of MacBooks with data and voice.

The dangerous gasses that Apple's sensors would be able to detect include: the concentration of carbon monoxide, carbon dioxide, alcohol vapor, water vapor (humidity), propane and other fuels, volatile organic compounds, ozone, nitric oxide, nitrogen dioxide, benzene, methane, hydrogen, oxygen, or other gases that are present in the atmosphere in the vicinity of device

Apple's granted patent 9,804,003 was originally filed in Q2 2015 and published today by the US Patent and Trademark Office. Patently Apple posted a similar report on this back in April 2014 which covered two additional patents on the matter.

Our Cover graphic illustrates patent FIG. 3 of the granted patent which presents us with a cross-sectional perspective view of a portion of an illustrative electronic device in the vicinity of an environmental sensor having an opening in a printed circuit portion of the sensor that is aligned with an opening in an outer structural member for the device.

Apple's newly granted patent covers their invention relating to a new MacBook hinge that could be used to provide cellular connectivity. 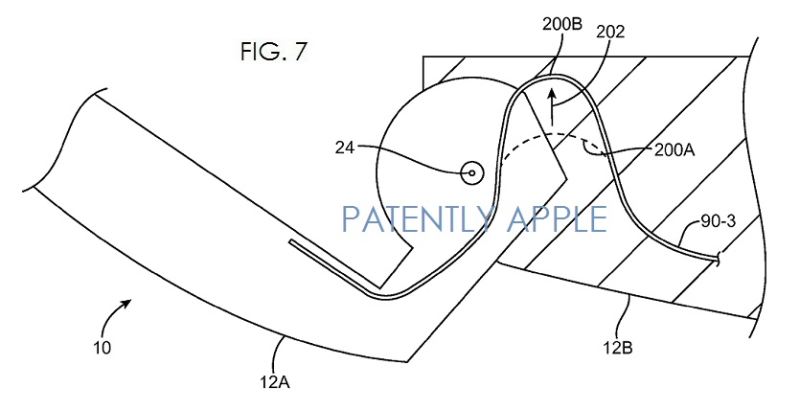 Apple's granted patent 9,804,639 was originally filed in Q3 2013 and published today by the US Patent and Trademark Office. Patently Apple covered this invention as a patent application back in February 2015 here.

There are many other patents in the category of 'Cellular MacBook' in our archives here. 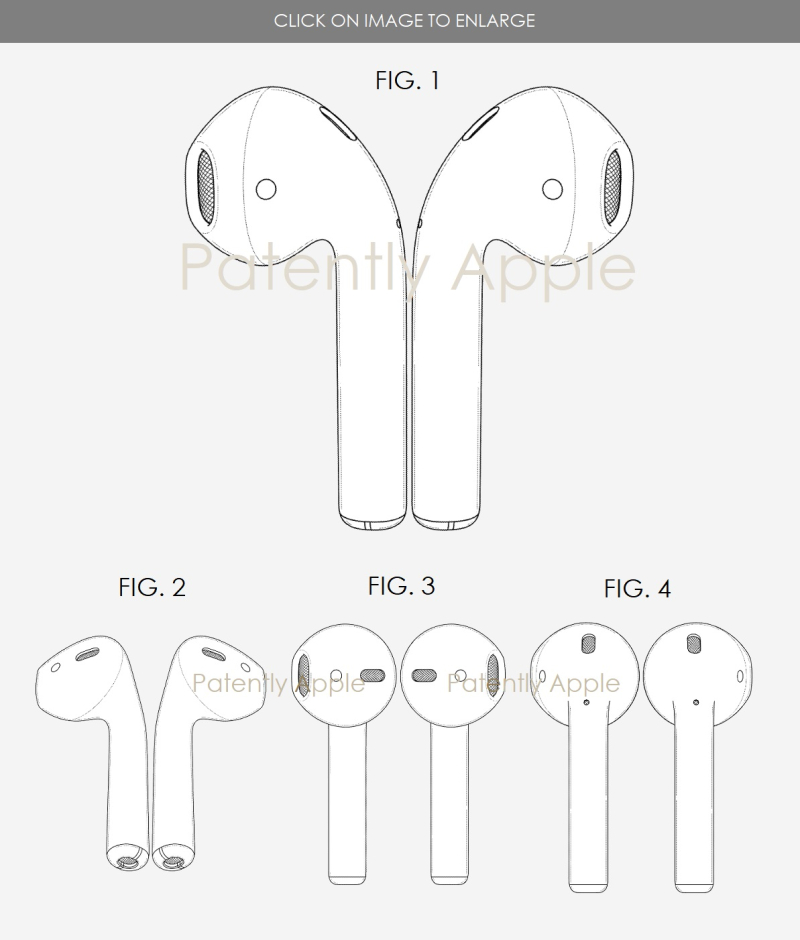 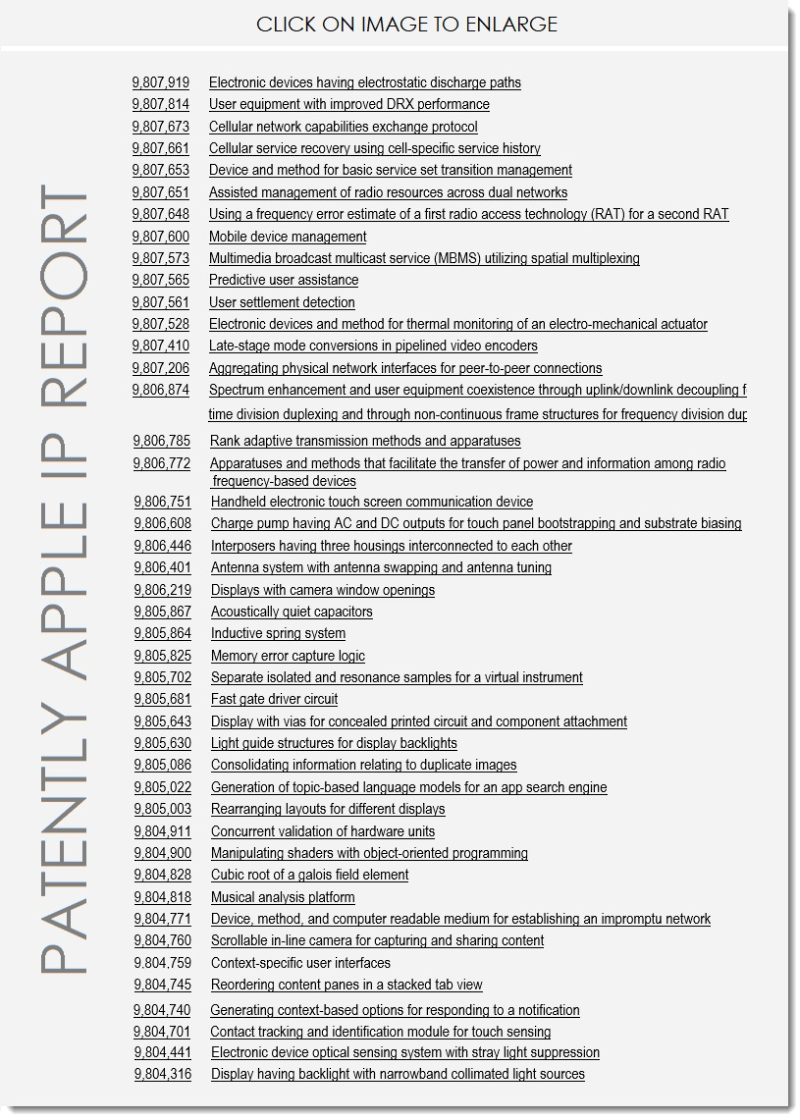