Yesterday we reported that Apple's CEO was to visit France on Monday to meet with their President over taxes and opportunities. Today we're learning that Tim Cook met with one of their key iPhone partners Eldim, located in Normandy. Eldim are experts in advanced optical display technologies and Optical metrology. The technology is reportedly used in the facial recognition camera found on the new iPhone X. 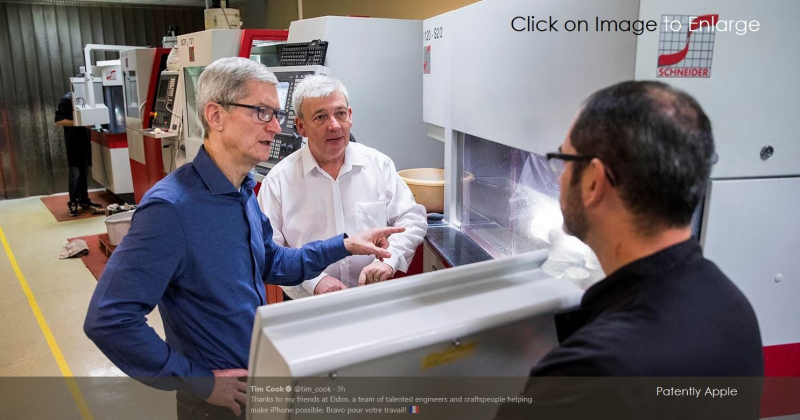 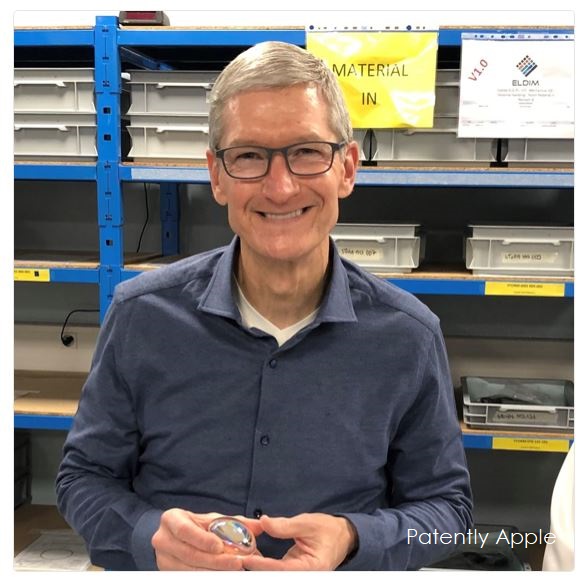 Talk about long-term research. A reporter for Ouest-France noted that executives said the two companies had actually been working together for almost a decade, mostly in an R&D capacity. It was only with the release of the iPhone X that the facial recognition system is being baked into a product, however.

Eldim CEO Thierry Leroux told reporters that working with Apple was "an incredible adventure," but added that there have also been huge technical challenges over the years. "For us, it was a little like sending someone to the moon," Leroux told reporters. Cook responded, "It's great what you have done for us."

The visit was no doubt a thrill for Eldim's 42 employees. It was also likely a diplomatic move by Cook, who is scheduled to meet with Macron at 4:15 p.m. CET today. You could read more about this story here. 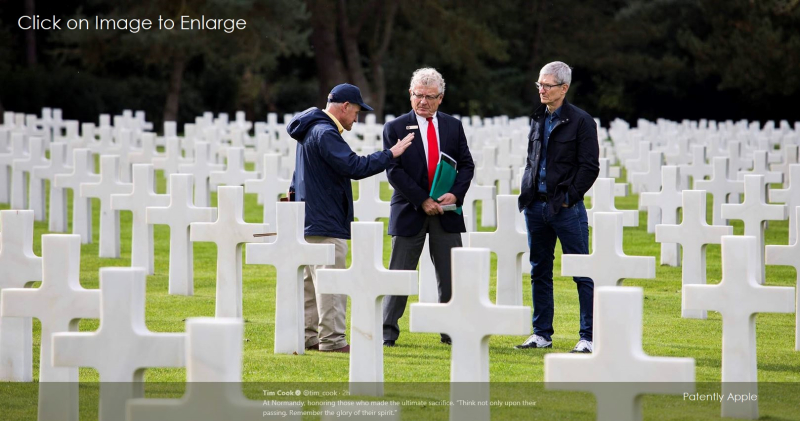 While in Normandy, Apple's CEO spent some time at the Normandy American Cemetery and Memorial, honoring those who made the ultimate sacrifice in World War 2.