Home Archives Contact Us Subscribe Twitter MeWe Facebook Patently Mobile
While Apple's Current iDevices will Lead Round One of AR, IDC Forecasts AR Headsets will be the Big Story by 2021
The EU is drafting new Licensing Fee Guidelines that could affect the Apple-Qualcomm Dispute over Time

On September 28, Patently Apple posted a report titled "The FCC and NAB Call Out to Apple to activate their iPhone FM Chips in the name of Public Safety." Some in the Apple community cried out that this was a security matter and Apple should stick to their guns and not comply. The very day of the negative news Apple updated their Privacy page. Additionally, Apple issued a very detailed report titled "Government and Private Party Requests for Customer Information," as noted in full below.

Apple's CEO and SVP of Marketing tweeted about the updated privacy page as noted in the general tweets below. 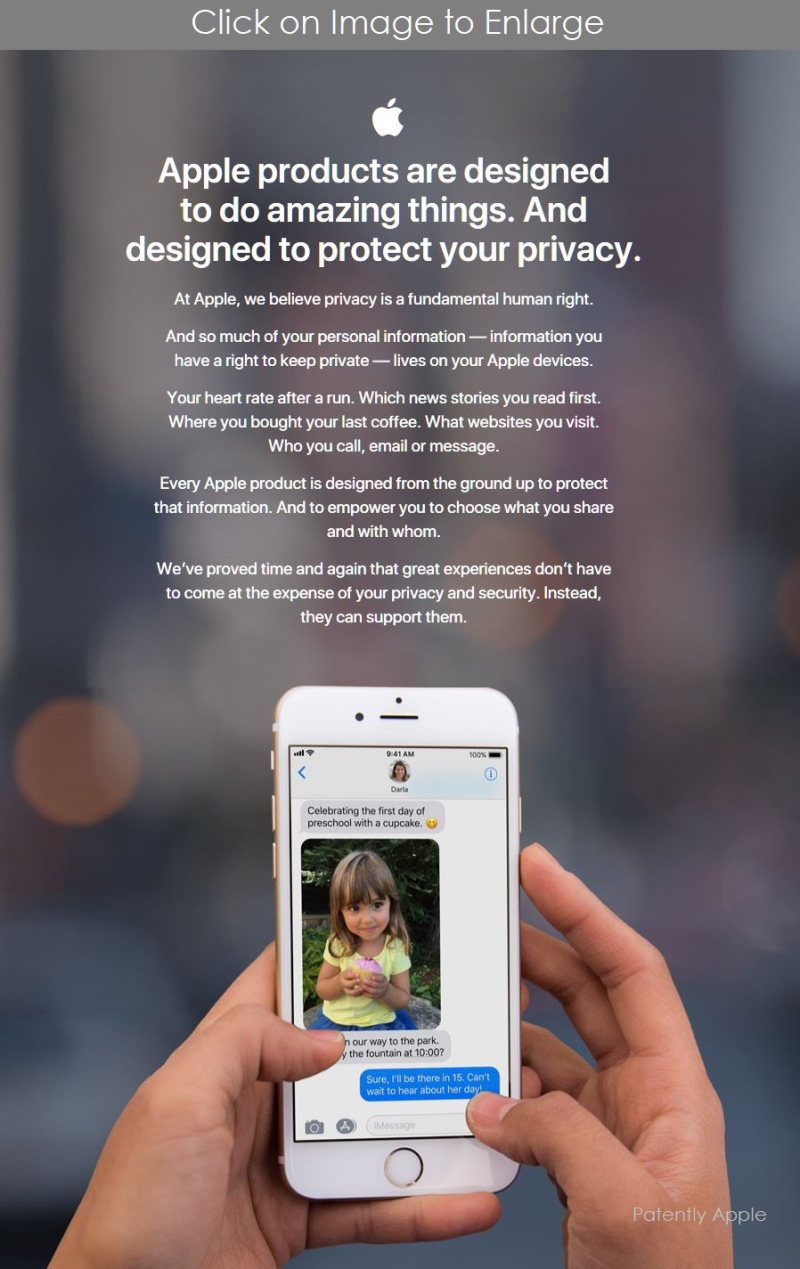