Back in June Microsoft's general manager of Surface products thought that he'd pull a fast by claiming that Apple's iPad pro was a copy of Surface. Patently Apple posted a report illustrating that Apple had the makings of the iPad Pro patented before Surface even existed. The original patent was dated August 2011 and Surface came to market in 2012. Translation: who copied who?

In 2015 Microsoft introduced the Surface Book with a display that detached which was another Apple patented concept. Apple filed the patent way back in 2011 and it had it granted in 2015. Translation: It's an Apple invention that "the other guys" copied.

Another idea stemming from the Surface Book was its flex hinge as noted in our cover graphic. Yet even that design concept was covered to a certain extent in an Apple patent filed back in 2013 under patent application number 20130216740. Apple's design was a little ahead of its time to be sure and so Microsoft had to improvise with a heavy mechanical design that they filed a patent for in 2014.

The only reason that I'm bringing the Surface Book hinge into this report is because today the US Patent & Trademark Office published a patent application from Apple that claims priority with a 2013 invention. Apple has cancelled the original patent claims and replaced them with 20 new patent claims that better describes the invention.

With the background story out of the way, the first revised patent claim noted in today's patent filing, which sets up the overview for the entire patent/invention, now technically states the following:

You could review the entire patent titled "Interlocking Flexible Segments formed from a Rigid Material'" including its 20 new patent claims here. 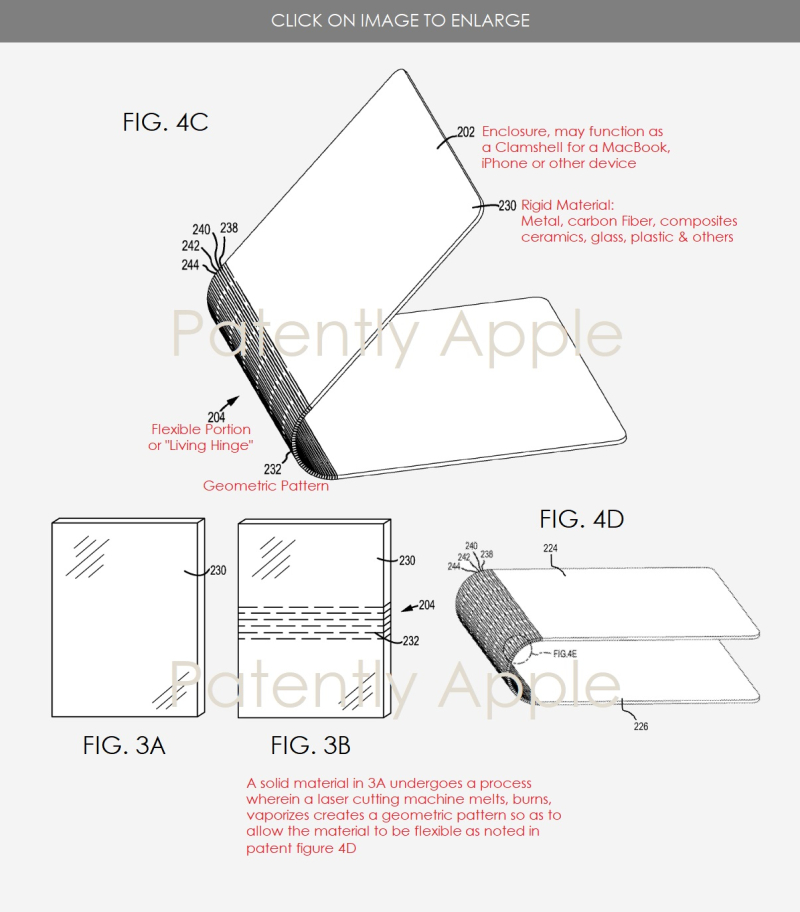 Apple's patent FIG. 5D presented below is an enlarged side elevation view of the geometric pattern found in FIG. 4D above.

The idea is simple enough in that Apple's engineers believe that they could create a clamshell for a future MacBook with a single piece of aluminum or other rigid material. The traditional MacBook hinge would be replaced by a laser beam formed flexible area in the material that could easily open and close with ease while allowing the lid to be locked into a position that is comfortable for a user to work with. The patent figures below show an enlargement of the flex area that has been created with an interlocking design. For those deciding to review the patent, check out patent points #0047 and #0048 for more on the laser. 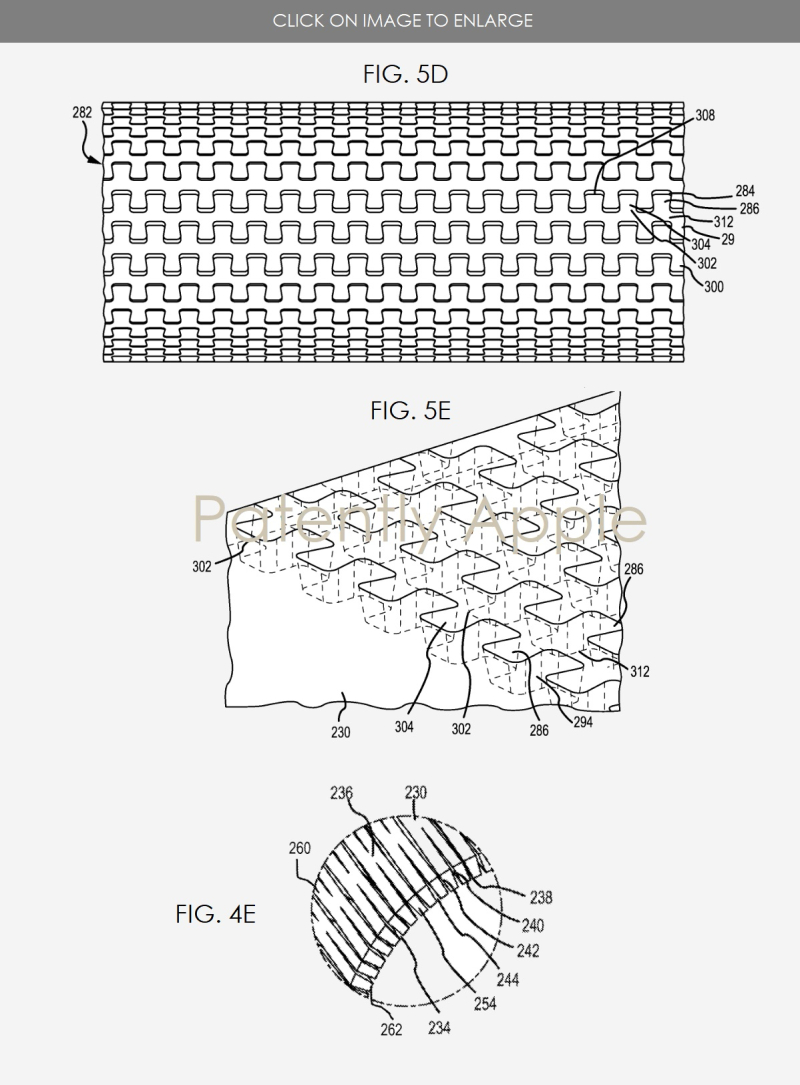 The general concept of creating flexible parts is also explored for earbuds and an iPad cover as noted below. 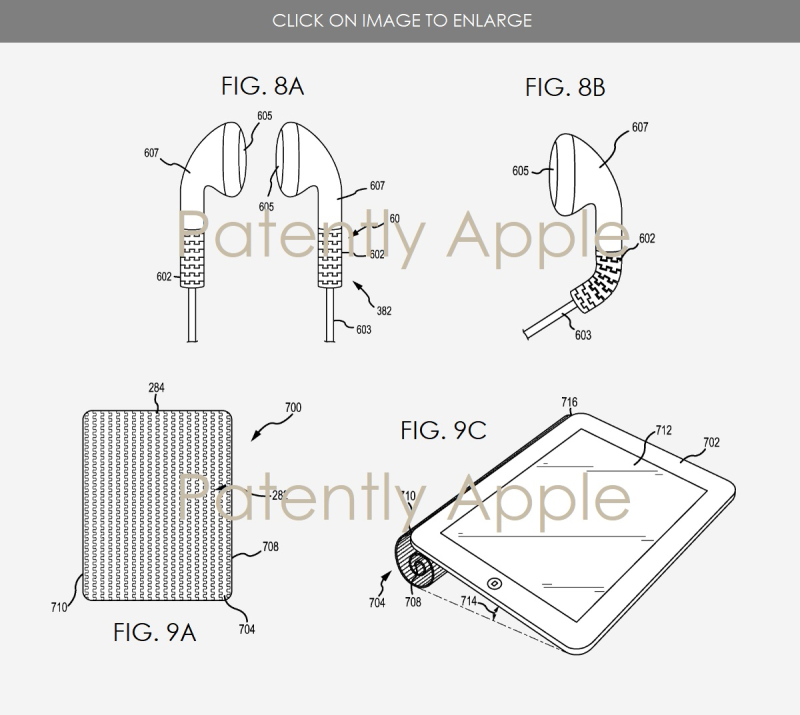 Microsoft just updated their Surface Book and in its second generation they've refined the notebook's hinge. When it was first introduced the reaction and reviews were mixed. You either loved it or hated it. I personally liked the idea and now that I see that Apple's engineers are even taking the concept to a whole new level, I like it more.

As in the case of so many of Apple's inventions, what you see in a patent and how much better it looks when it's a finished product are sometimes staggering. I think it would be the case here with an all-new MacBook look.

It's probably a "MacBook" concept that is focusing on thin, cool and mobile rather a work horse like the "MacBook Pro." I hope that Apple shoots for this idea as I think it would add a nice futuristic touch to their product line.

As always, considering that this is a patent application, and one that's been around for at least four years now, the timing of such a product to market is unknown at this time or if it'll ever come to be.