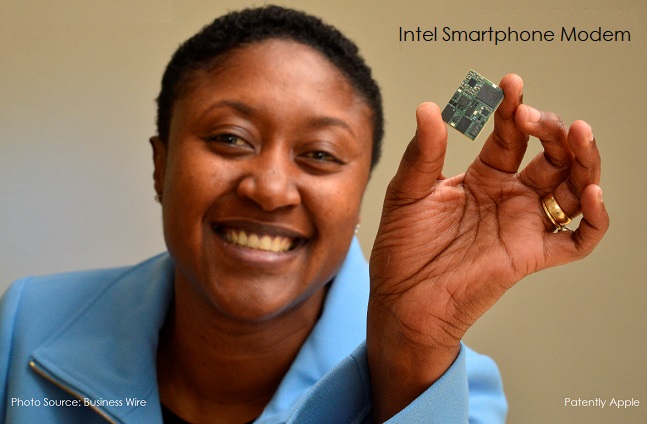 Apple's war with Qualcomm continues and deepens as Apple is preparing next-gen iPhones and iPads that will no longer support Qualcomm modems. The decision was prompted by Qualcomm not providing Apple with key software they require to test chips for new products. In a statement on the matter, Qualcomm has outright denied that they are doing any such thing. The report noted that Samsung had quietly dropped Qualcomm for some phones without telling Qualcomm.

Other reports on the matter say that Apple is likely to extend their relationship with Intel which we first reported on last year and could tap into expertise by MediaTek. On July 21 Patently Apple posted a report titled "Intel Files Statement with ITC claiming Qualcomm is trying to Force them out of the Modem Business with Apple.

Last Friday Patently Apple posted a report titled "Qualcomm's CEO Threatens Taiwan Businesses to Force Government to Overturn Monopoly Ruling against them or else," illustrating how they blatantly abuse their monopolistic position to force companies or countries to bend to their wishes.

The battle between Apple and Qualcomm has been raging on since the year began as our list of reports proves out.

Side Report Oct 18, 2017: Qualcomm's CEO closes his eyes to being Ruled an Abusive Monopoly Power and Downplays their Battle with Apple