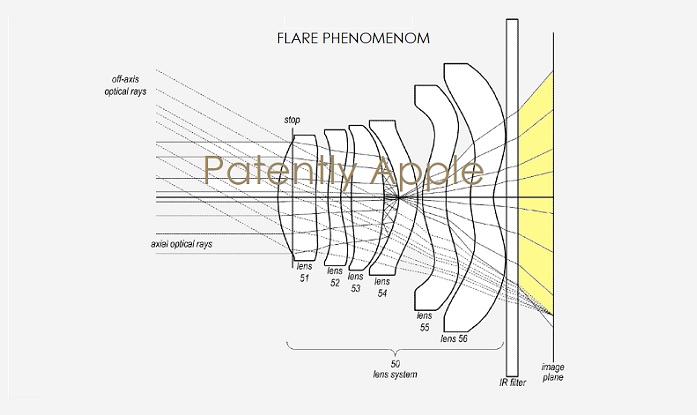 Looking at different Apple forums on iPhone cameras having problems with photo flaring today, it appears that some have experienced this problem. A number of Apple customers described a blue flare and yellow tint while others experienced the 'green dot' problem. As noted in a photo below from that same Apple forum, a customers states that "Festival of lights in Berlin, nothing better to get disappointed with this problem... and it is clear for me now how big it is...." 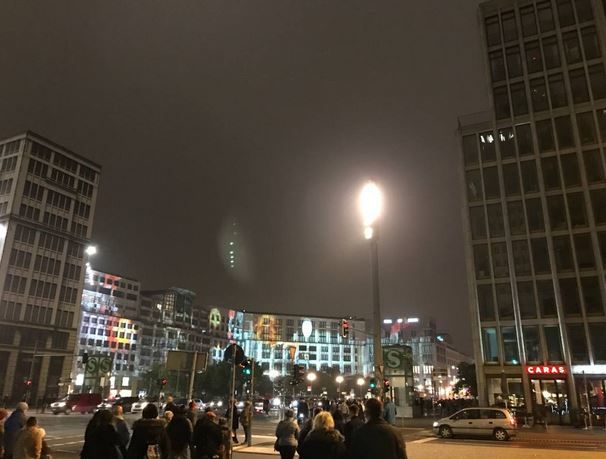 Today the US Patent & Trademark Office published a patent application from Apple that directly relates to solving photo flares. Apple's patent application refers to this problem as a flare phenomenon which is also known as a lens flare.

Generally speaking, Wikipedia notes that Lens flare refers to a phenomenon wherein light is scattered or flared in a lens system, often in response to a bright light, producing an undesirable effect on the image. This happens through unintentional image formation mechanisms, such as internal reflection and scattering from material imperfections in the lens. Lenses with large numbers of elements such as zooms tend to exhibit greater lens flare, as they contain multiple surfaces at which unwanted internal scattering occurs. 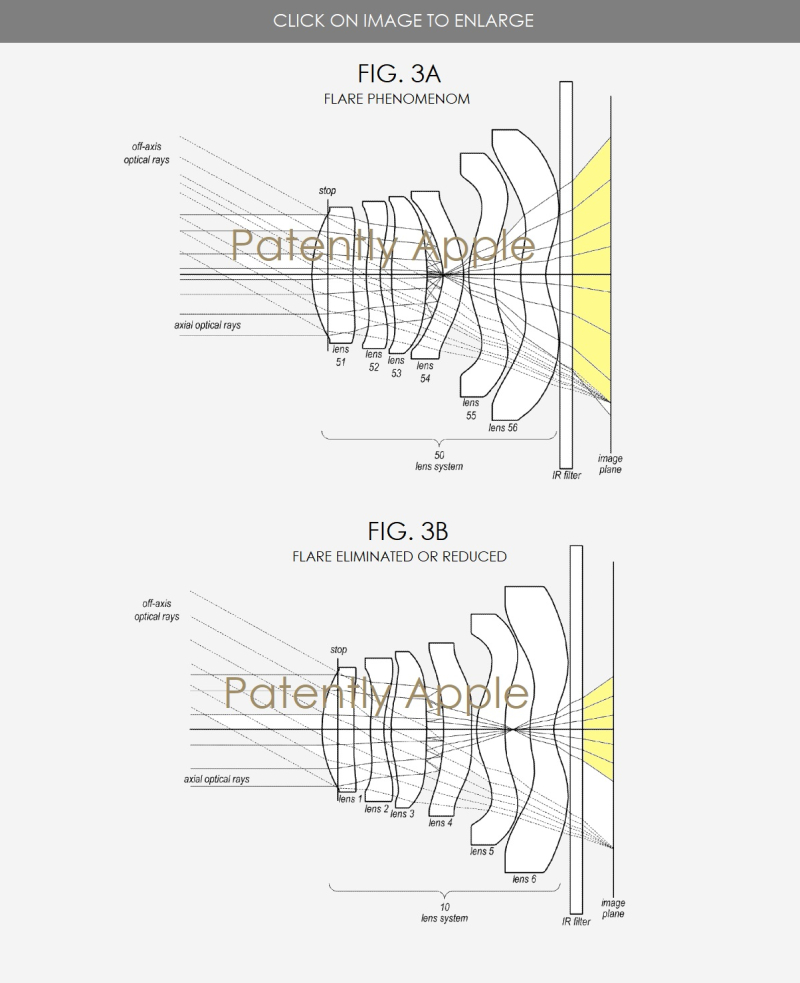 The clearest example out of a sea of patent figures that illustrates a flare phenomenon and a solution was found in FIGS. 3A and 3B above. In patent FIG. 3A we're able to see a lens system # 50 where the Zh/Za relationship is not satisfied leading to a flare phenomenon in which stray light from axial optical rays (the solid lines), where the illumination is strongest, gets spread across the image plane, causing degradation in image quality across the image, and in particular at the image corners.

In Apple's patent FIG. 3B we're able to see a lens system #where the Zh/Za relationship is satisfied, according to some embodiments. In lens system that satisfies the Zh/Za relationship, the stray light from the axial optical rays (solid lines) is limited to near the image center, and is thus less problematic for degradation of image quality at the edge of the field where the relative illumination is weaker.

Obviously this is a very technical issue and for camera buffs who want to dig deeper into this patent could do so by visiting patent application 20170299845 titled "Imaging Lens System" here. Considering that this is a patent application, the timing of such a product to market is unknown at this time.