The company was originally set up by then Auckland University student Fady Mishriki a decade ago. Mishriki studied wireless power systems through his Bachelor of Engineering, which became a catalyst for the firm's creation.

PowerbyProxi uses magnetic induction for its wireless power technology and its rechargeable battery system includes the world's smallest wireless power receivers, which are integrated directly into a device using the existing shape of AA batteries.

One of the strengths of PowerbyProxi is that they own 450 or more patents backing their technology that were filed all over the world as noted on their IP Portfolio website page here.

The company website states that "PowerbyProxi has built the industry's largest real world (allows the development of real solutions) patent portfolio through its own Research and Development (R&D) program and exclusive licensing agreements with The University of Auckland (UniServices). The total portfolio consists of 450 patents, patent applications and pending patents.

One of their patents listed on their IP page is listed under Aukland Uniservices Limited for technology relating to charging a battery for a hybrid electric vehicle which means Apple may have acquired them not only for iDevice wireless technology but for Project Titan as well. 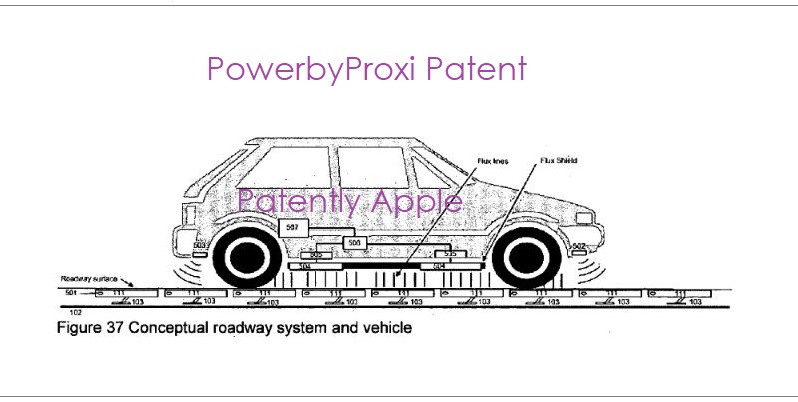 A second patent example from their IP page is titled "Roadway Powered Electric Vehicle System." The patent figure above is from that patent application.