Apple filed two figurative trademark applications this week for "Apple Music UP NEXT" as noted in our cover graphic. Apple introduced the new feature back in April which is designed to promote music's next generation of artists on Apple Music. Just as Apple's trademark was being filed with USPTO, competitor Spotify announced its copycat emerging artist program that they're calling 'RISE'.

The U.S. Patent and Trademark Office this week revealed that Apple filed for two trademarks. Their first trademark application # 87646704 for Apple Music UP NEXT was filed under International Class 041. Apple legal has chosen the scope of this class to cover the following:

The trademark application # 87645544 for Apple Music UP NEXT was filed under International Class 038. Apple legal has chosen the scope of this class to cover the following:

Apple provided the specimen below to the U.S. Patent and Trademark Office that illustrates the figurative trademark in use and in context on the Apple Music App on a Mac. 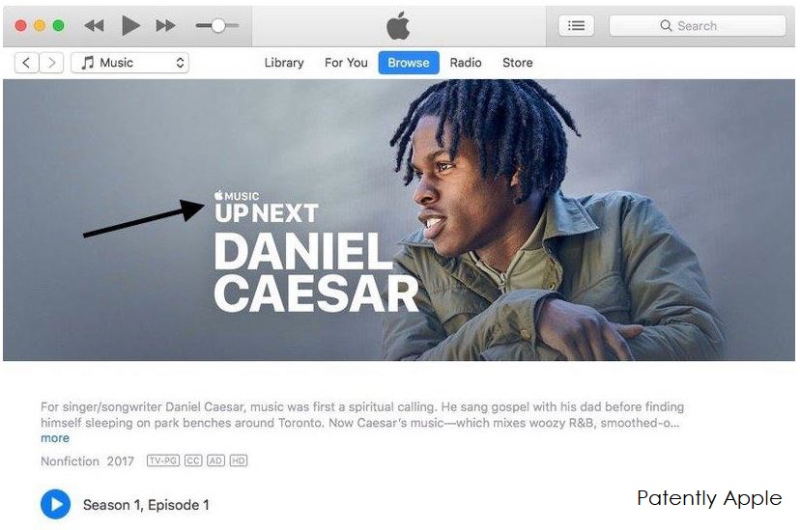 Apple also filed for this trademark in Hong Kong under applications # 304304088 (Text Only style) and #304304114 (figurative-styled TM) under the same International Classes.

The artist that's UP NEXT this month on Apple Music is Billie Eilish as noted from the screenshot below. Billie Eilish Pirate Baird O'Connell (born December 18, 2001), known professionally as Billie Eilish, is an American pop singer signed to Interscope Records. 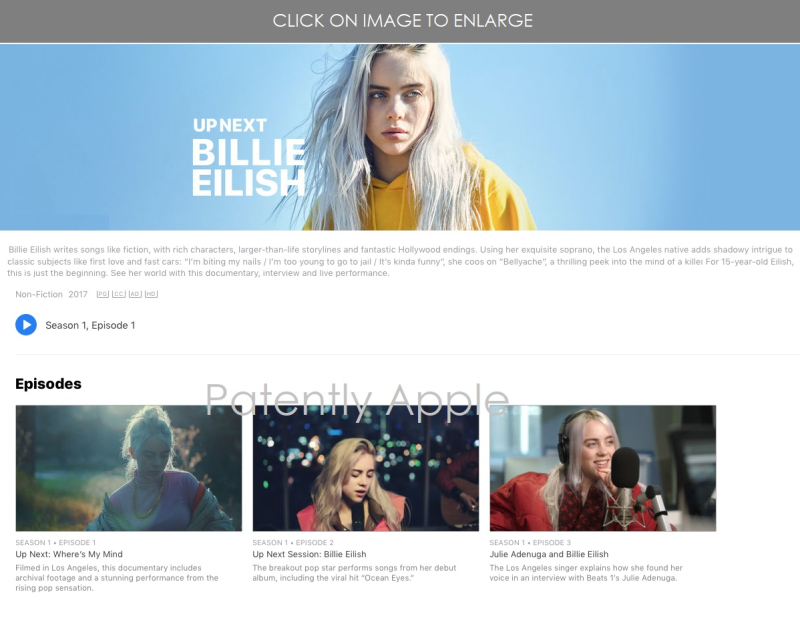