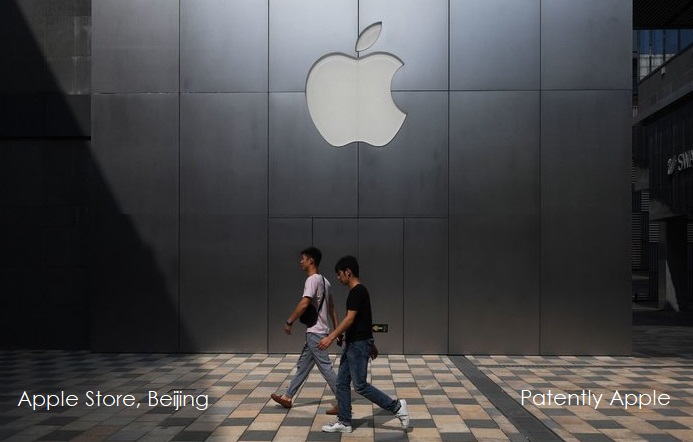 In September Patently Apple posted a report titled "Apple Gained Market Share in Urban China in July with the iPhone 7 Plus becoming the Top Selling Model." The trend seen by Kantar is now confirmed in a new research report today and that's great news as Apple reports their fiscal Q4 financials on Thursday.

It's being reported by Canalys in a new report that "Apple's declining streak in China has come to an end, as shipments grew 40% from 8 million in Q3 2016 to about 11 million this quarter. This makes it Apple's best performance in China in the last eight quarters, where its growth has slowed considerably since the launch of the iPhone 6S. 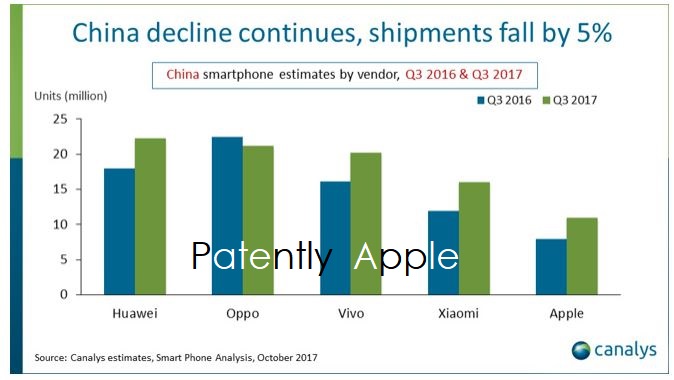 The report further noted that "Despite being touted as widely expensive, excitement for the launch of the iPhone X is building in China." 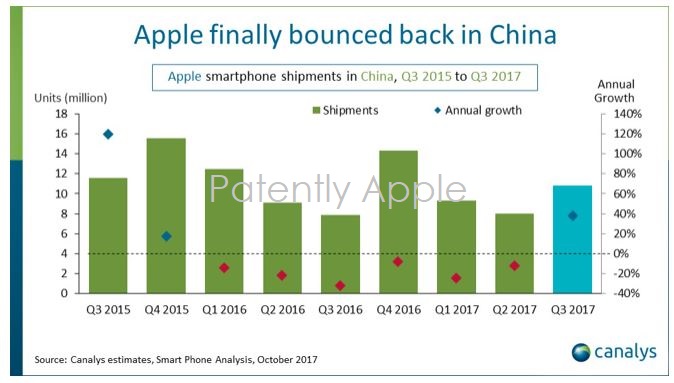 In general, the report noted that "The race to the top remains tight as Huawei, Oppo and Vivo took 19%, 18% and 17% market share respectively. Huawei grew shipments by 23%, shipping over 22 million units to take the lead, while Oppo declined slightly (compared to the stellar performance a year ago) shipping 21 million units. Vivo, with a 26% growth was the most impressive performer in the top 3, shipping over 20 million units. Xiaomi and Apple round up the top 5 this quarter."

Despite the positive quarter for Apple, Canalys still believes that Apple's growth is going to be hard to maintain in Q4 and may be short lived.