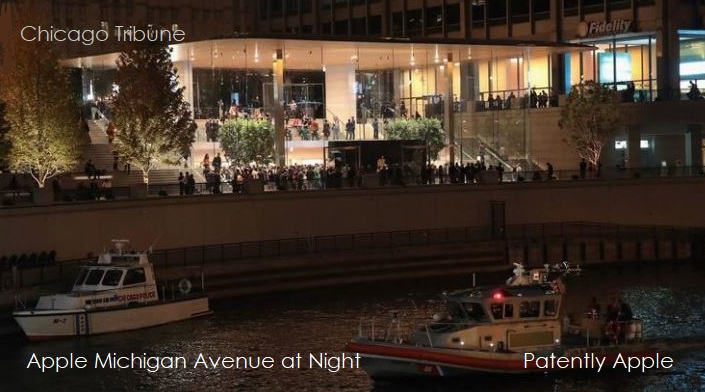 A report published yesterday noted that the new Apple store in downtown will dim its lights after complaints from wildlife groups that say its glassy facade is causing deadly bird strikes. Below is a CBS video report that takes a few seconds to pop-up, please be patient.

The Chicago Tribune reports that Apple spokesman Nick Leahy says the Cupertino, California-based company would "get the lights down" as much as possible overnight starting Friday through the migratory season. The new two-story store with floor-to-ceiling glass along the Chicago River opened Oct. 20. Leahy acknowledged the bird strikes but said it hasn't been a large number.

A city website describing the "Lights Out" program says: "Thousands of migratory birds are settling to rest in the early morning hours, seeking shelter and food after their long migratory journey. They can collide with lighted glass as they try to enter the space behind it. Research has shown that birds do not see glass."

London-based Foster + Partners designed the $27 million store, whose facade consists of huge sheets of floor-to-ceiling glass. The firm's chief designer on the project, Stefan Behling, said the architects had studied the possibility of bird strikes and had concluded that it would not be a problem. For more on this read the full Chicago Tribune report here.