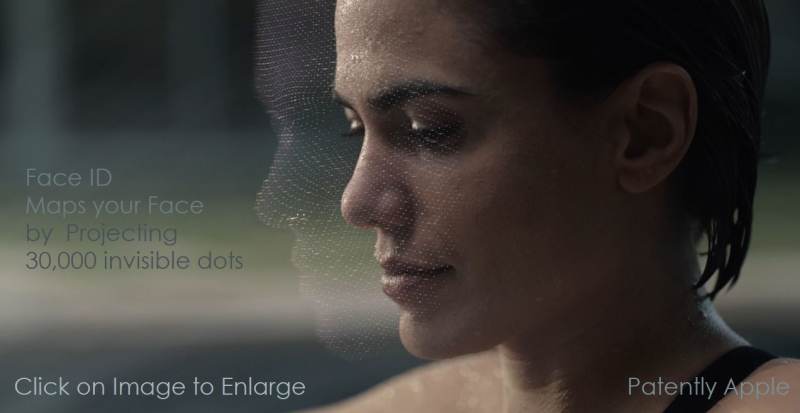 Today the European Patent Office published a patent application from Apple that was originally filed in Germany back on September 05, 2017, or days before Face ID was introduced at the new Steve Jobs Theater. The name of the patent is titled "Krümmungsbasierter Gesichtsdetektor." Google couldn't translate that title into anything meaningful.

As you can see from the screenshot of the filing below, Apple provided the patent office with no patent figures, no description or patent claims. All that was provided for public consumption appears to relate to Apple's new Face ID. The German Abstract roughly translates to the following:

"An apparatus for processing data, comprising: an imaging arrangement configured to acquire a depth map of a subject with at least one humanoid head, the depth map comprising a pixel matrix having respective pixel depth values; and a processor configured to extract a curvature map of the subject from the depth map, the curvature map comprising respective curvature values ​​of at least some of the pixels in the matrix, and processing the curvature values ​​to form a face in the motif."

Okay, the "subject with at least one humanoid head" is a concerning description (ha!). With that said, below is a screenshot of the patent document found at the European Patent Office Espacenet patent search. In my opinion, patents being filed with any patent office around the world should be required to supply details of the invention covering standard basics of "Description, claims and Mosiacs (patent figures)," and if not, the filing should be outright rejected, Apple or not.