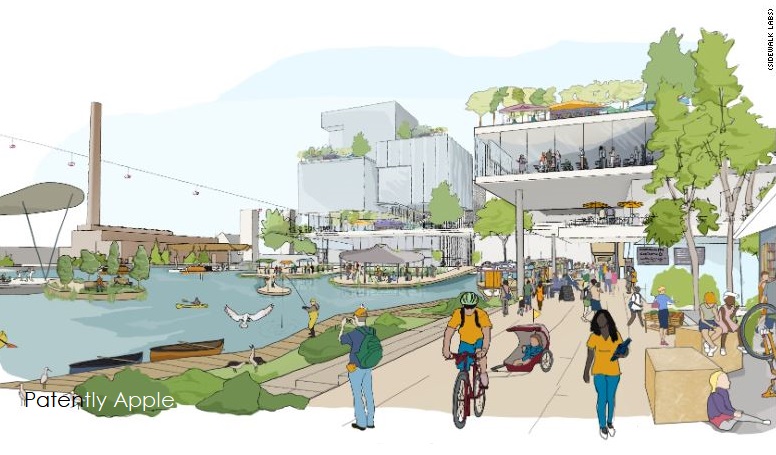 While Google is trying to reinvent their hardware line of products of late and make AI the center of their universe, their parent company Alphabet Inc. is looking at bigger picture projects that fall under various companies that they own such as Calico, DeepMind, Nest labs and others including Sidewalk Labs who happens to be in the news today.

Sidewalk is working with the Canadian City of Toronto to a futuristic high-tech neighborhood that could be a model for other cities to follow. According the company, "We are designing a district in Toronto's Eastern Waterfront to tackle the challenges of urban growth, working in partnership with the tri-government agency Waterfront Toronto and the local community. This joint venture, called Sidewalk Toronto, aims to make Toronto the global hub for urban innovation."

According to a new report today by CNN we're learning that Sidewalk Labs will invest $50 million in an initial phase of planning and pilot testing. Alphabet has also pledged to relocate Google's headquarters in Canada to the new neighborhood, called Quayside, which is on the Toronto waterfront. Google has roughly 1,000 employees in Canada.

Sidewalk Labs plans to do everything from reduce pollution, commute times and landfill waste to improve the weather. It envisions reducing the impact of wind, increasing shade on sunny days and blocking rain due to smart building design and tree planting. 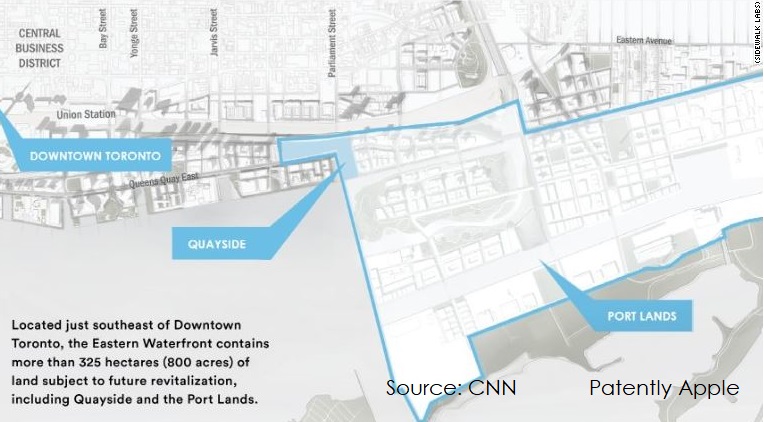 In an ambitious proposal, Sidewalk Labs promised to make the weather more comfortable to enjoy the waterfront. It also believes it can reduce greenhouse gas emissions by 73%, potable water consumption by 65% and landfill waste generation by 90%.

Alphabet chairman Eric Schmidt said at a news conference yesterday that "This is not some random activity from our perspective. This is the culmination of 10 years of thinking about how technology can improve the quality of people's lives." For more, read the full CNN report here.

These types of high tech projects by Alphabet and Apple are what all tech fans can applaud and cheer on instead of supporting issues that divide us. Here's to hoping that more high tech projects like those found in today's report become a reality and replace Cupertino's latest vision of being a high tech church for the world. I don't know about you, but I don't want my favorite tech companies moralizing and taking their internal values and spewing them out as if they're the new Vatican. Stick to tech, end of story.