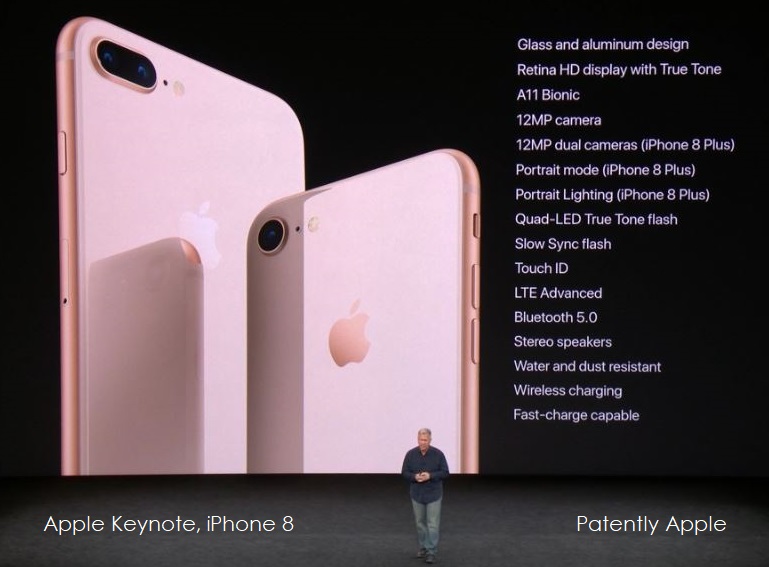 A new report published today by Consumer Intelligence Research Partners (CIRP) covers the analysis of the results from its research on Apple Inc. for the fiscal quarter that ended October 1, 2017. While the report breaks down iPhone 8 sales, the reality is that the iPhone 8 only went on sales on September 24, so the analysis of iPhone 8 sales is only for seven days. It's pretty hard to take the results of their chart below overly serious based on the limited data. CIRP found that the new iPhone 8 and 8 Plus accounted for 16% of total US iPhone sales in the quarter, with iPhone 8 at 6% and iPhone 8 Plus at 10%. 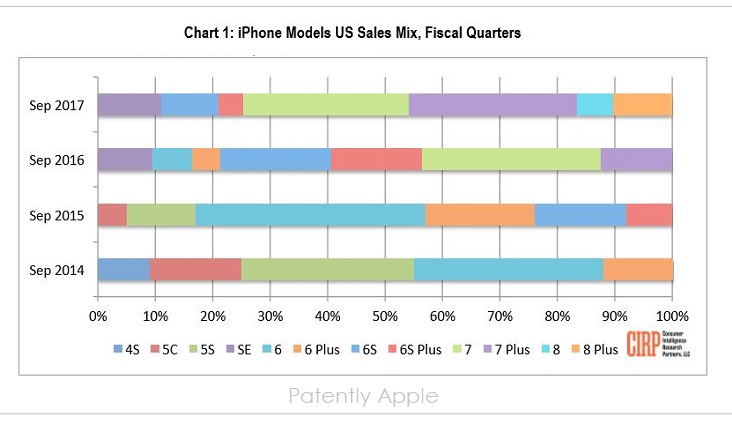 The report also doesn't take into account when comparing sales of the iPhone that the previous iPhone 7 model went on sale on September 16, 2016 that was a full 9 days of sales ahead of the current iPhone 8. Secondly, many Apple fans already had determined that they would chose the iPhone X which isn't due until November 3.

So the leap to 43% of sales for last year's iPhone 7 can't be compared to this year and draw anything negative from it as a Investors' Business Daily is today by extrapolating from the CHRP report that the iPhone 8 is "significantly under-performing prior iPhone launches."

CIRP's report further noted that "It seems when Apple announced the the forthcoming iPhone X, it changed the market dynamic, and probably depressed demand for the iPhone 8 and 8 Plus,' added Mike Levin, CIRP Partner and Co-Founder. 'Both the newly reduced-price iPhone 7 and 7 Plus and older iPhone models continue to see strong demand. The 7 and 7 Plus account for 58% of sales in the quarter, much higher than the 35% for the then year-old iPhone 6S and 6S Plus in September 2016, and exactly same as the share for the then year-old iPhone 6 and 6 Plus in September 2015."

At the end of the day if you're a by-the-book statistics kind of person, you'll see what you want to see and that would no doubt be negative like the Investors' Business Daily report is. However, if you happen to have a thinking brain, then you'll know that this year is the anniversary year of the iPhone and there's a new iPhone mix that has never existed: the high-end iPhone X. Apple fans have always gravitated to the new high end models and the new iPhone isn't the high-end this year.

In addition, with the iPhone X adding a completely all-new TrueDepth camera with a 3D Sensor, it's taken a minor drag getting production up to speed. It will take until the end of Q1 2018 before real analysis that's meaningful comes to light. Production will be flying for the iPhone X very shortly and then we'll be able to see if iPhones sales are actually up or down over two full quarters.

For statistic sticklers, check out the full analysis by CIRP here.