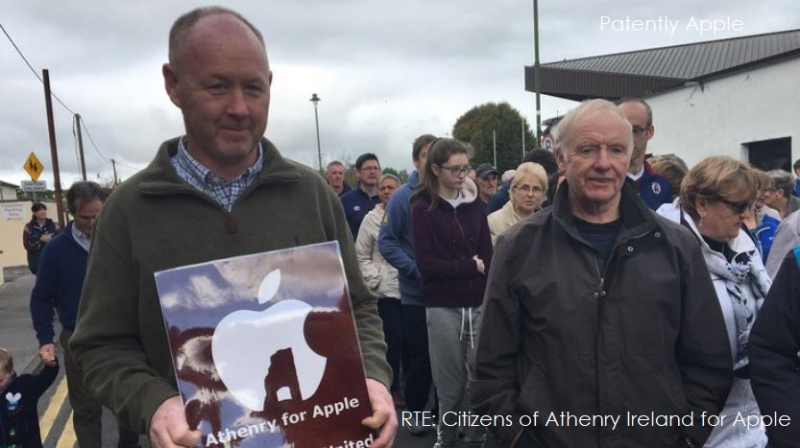 The computer multinational was granted planning permission over two years ago but construction has been delayed by legal challenges.

A final court decision on whether the project can go ahead is expected on Thursday.

The RTE further noted that "Today's march was organized by a campaign group calling itself 'Apple for Athenry'.

Organizers highlight the economic benefits of the proposed data centre: 300 construction jobs over multiple phases and 150 technical positions on an ongoing basis.

It would be the single biggest investment ever made west of the Shannon.

The centre was approved over two years ago, but the project was the subject of a judicial review on environmental grounds following appeals by local residents and a landowner.

Apple first announced plans to build a data centre in Athenry in February 2015."

In July Patently Apple posted a report titled "Ireland's IDA is calling for a Shake-Up before the Apple Data Center Project and others are lost to other Countries." IDA Ireland is the agency responsible for the attraction and development of foreign direct investment (FDI) in Ireland. In July the IDA Chief Executive Martain Shanahan was calling for a shake-up of the planning system amid fears the considerable delays could lead to Athenry losing the Apple project.