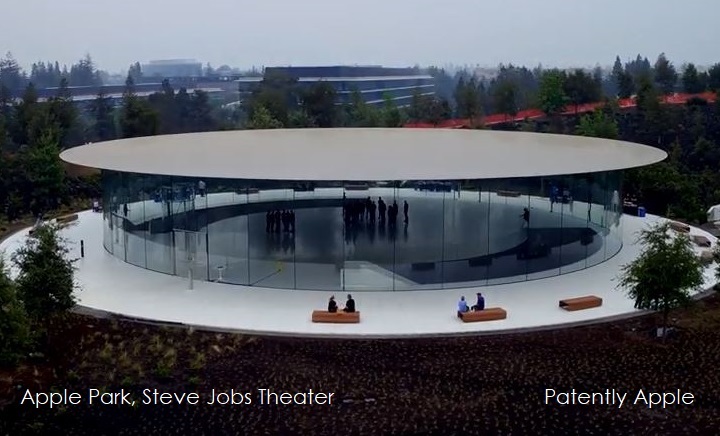 I think that every Apple fan on the planet was just expecting that the anniversary iPhone would be introduced in the new Steve Jobs Theater. And while invitations to the event confirmed that on August 31, it appears that it was down to the wire for Apple in getting the right permit on time to host the event, according to a new report. The first form shows that it was signed on July 26 while the final approval from the building inspector appears to have only been signed on September 1, 2017. Not a lot of room for error to be sure.

VentureBeats wrote: "According to records from the City of Cupertino, Apple applied on August 8 for a Temporary Occupancy Permit for the theater which is located at 10501 N Tantau Ave, Cupertino, CA. This permit (as noted below), is essentially a waiver indicating that a structure has been inspected, though some work remains incomplete.

The document was signed on September 1 by Albert Salvador, an official in the Cupertino building department, and it indicates that all fire and safety systems have been checked out and that Apple can temporarily use the auditorium and loading ramp and can use the lobby for a hands-on demonstration area.

While the document also indicates that some work remains to be done, it does not specify what that work is."

Most Apple fans can remember Steve Jobs standing before Cupertino's City Council on June 7, 2011 to make his presentation / proposal for the new Apple campus that we now know as Apple Park today. Jobs was visibly sick at the time and a little testy at times with council members. The new Apple campus was dear to Steve Jobs heart and hopefully tomorrow we'll get to see at least a video tour of the new Theater in its full glory.

The anniversary iPhone had to be unveiled at the new Steve Jobs Theater come hell or high water and it's great that team Apple made it happen. It's going to be such a great event tomorrow. Honoring the late Steve Jobs for being the one that drove the game changing iPhone to market a decade ago is no doubt going to be a moment in Apple history to remember.