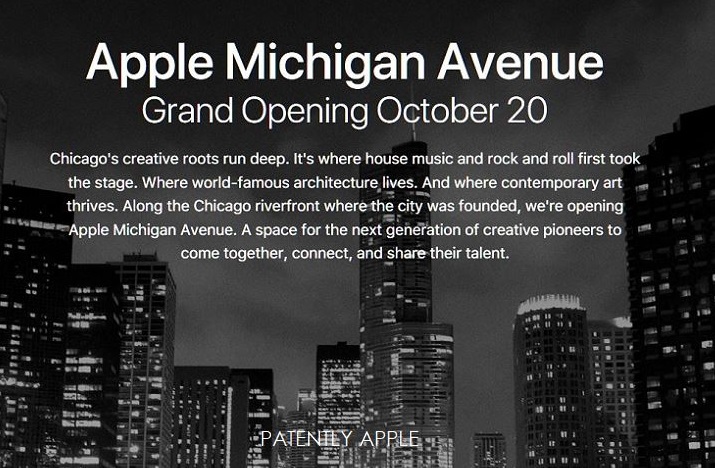 On September 12th Patently Apple posted a design patent report on Apple's upcoming Michigan Avenue Store alone the Chicago River and on September 22 we posted a report with an impressive night time photo of the store with their massive paned glass design covered.

Apple has since decided to do something with their covered facade and NBC reported yesterday that the lyrics 'where ideas sing' from the local hip-Hop artist 'Saba' are now on the facade of the Apple store as noted in our photo below.

The Grand Opening for the new Apple Store has been set for October 20th. Apple notes that Chicago's roots in music run deep and the new Apple Store will be a place where the next generation of creative pioneers will come together, connect and share ideas. 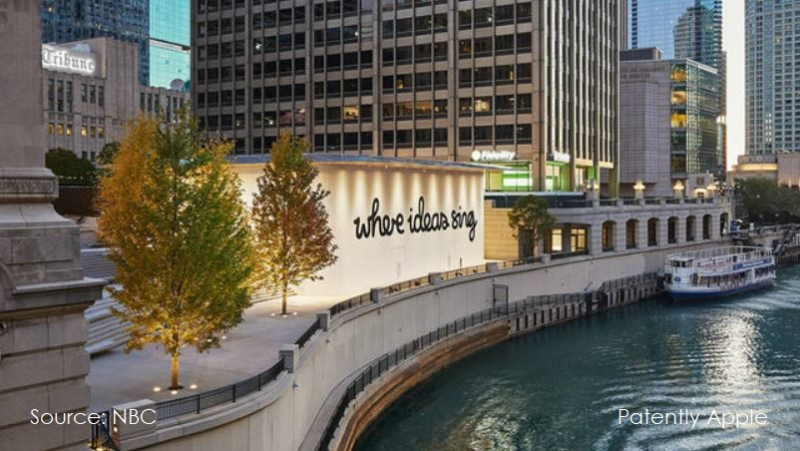 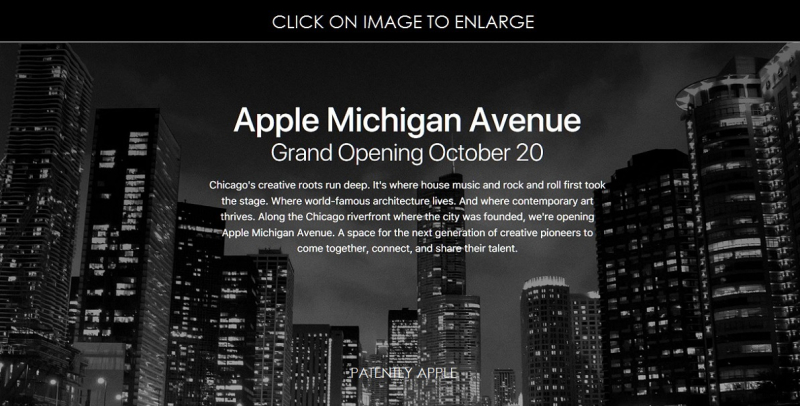