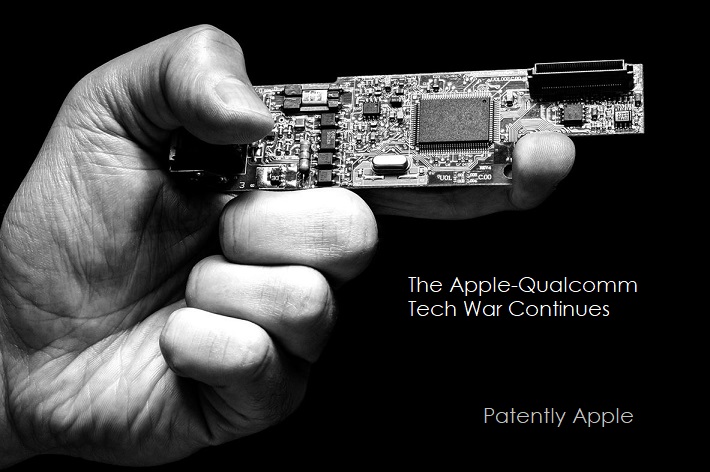 On the eve of Apple launching their new iPhones, sleazeball Qualcomm decided to stick Apple in the eye to state that most firsts in the smartphone world are due to Qualcomm technology on Android, not Apple. Qualcomm painstakingly posted a press release with a chart to make their point as noted below and listed the top features Apple's iPhone X is to introduce today at the top. Of course the features are spread out over a dozen smartphone vendors and phone models which proves nothing against iPhones that carry high-end features collectively. 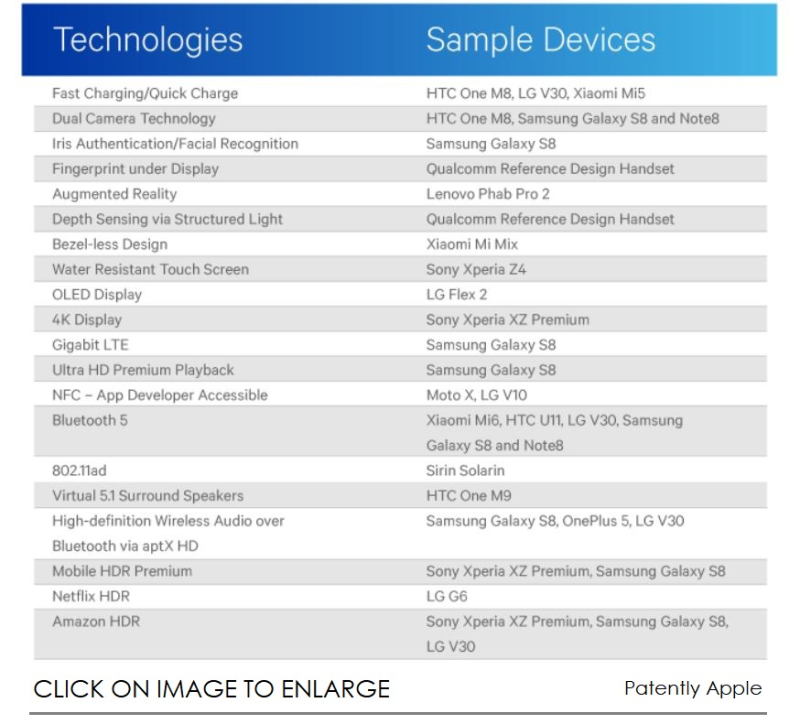 Qualcomm is at war with Apple, and at the bottom of this report you'll find the many reports that we've covered on this battle. Qualcomm's latest press release shows a certain degree of pettiness, if not childishness of Qualcomm's leadership in feeling the need to post such a press release ahead of the new iPhones.

Qualcomm points to 'augmented reality' as a Qualcomm first – but how has that really gone for the Android world? It's been useless, unfocused and irrelevant beyond a single Pokemon app. The iris and facial recognition from Samsung has been fooled and industry experts know it's just a gimmick. Android phones using dual cameras were for producing clearer photos, not introducing a cool feature like the Bokeh effect that Apple brought to market with the iPhone 7 Plus. So congratulations Qualcomm for many firsts that are marketing mirages and inconsistently offered in the market because they don't have staying power for the most part.

Qualcomm makes great wireless products and they should be applauded on that front, but they're pushing their 'greatness' in other areas that aren't so great. But on paper, they're hoping that the Android press will have ammunition to bash Apple's new iPhones with later today. It's childishness 101.

Microsoft was first with the PC tablet. How well did that go? Blackberry, Nokia and others were ahead of Apple's iPhone with many industry firsts under their belt. The iPhone rather quickly killed those one-time market kings. So being first has a history of being irrelevant at times. But Qualcomm thinks that firsts, valuable or not, is what counts. Yet flash in the pan firsts usually hurt a brand for being too fast to market and ending up half baked. A platform like Android that can't even get the basics of sending out OS updates to most of their customers in a timely manner is as backwards as it gets. No wonder Tim Cook boasts of record breaking numbers of switchers to the iPhone every quarter.

In the end, Techland is full of deserted and inferior firsts and so Qualcomm trying to play up their platform as the platform of firsts has quite an empty ring to it.

Then again, with Apple trying to destroy Qualcomm's business model worldwide, Qualcomm's bombastic attack on the iPhone prior to Apple's big event should be expected to some degree. Just keep in mind that it's still Circus Time playing out.