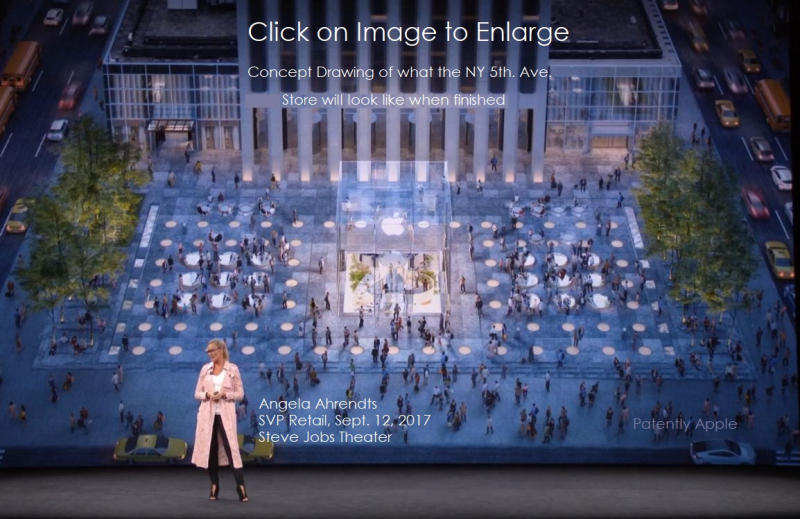 During Apple's Special iPhone event at the Steve Jobs Theater, Apple's SVP of Retail Angela Ahrendts graced the stage for the very first time. Beyond attracting attention from W Magazine for her fashionable ensemble that women went crazy over, Ahrendts talked about a number of things happening in Apple retail and one of them was giving us a brief update on Apple's flagship store in New York on Fifth Avenue as noted in our cover graphic. The presentation slide shows Apple's concept of what the new reinvented site will look like.

Ahrendts stated during the keynote that Apple is going to "continue to open Apple Town Squares in the top cities around the world, we're going to invest in online and we're also going to continue to reinvest in our 400 classic locations including Apple's Fifth Avenue in New York City where we're opening up the plaza to allow natural sunlight to come in to a greatly expanded space below. And you can see the glass cube will return when we open late next year."

When you see the concept drawing in contrast to the construction site today, late next year makes a lot of sense.

Below are photos of the construction underway for the New York Fifth Avenue store from Lief Ye who sent them into the Storeteller site. Other Lief Ye Photos of Apple Stores can be seen here. 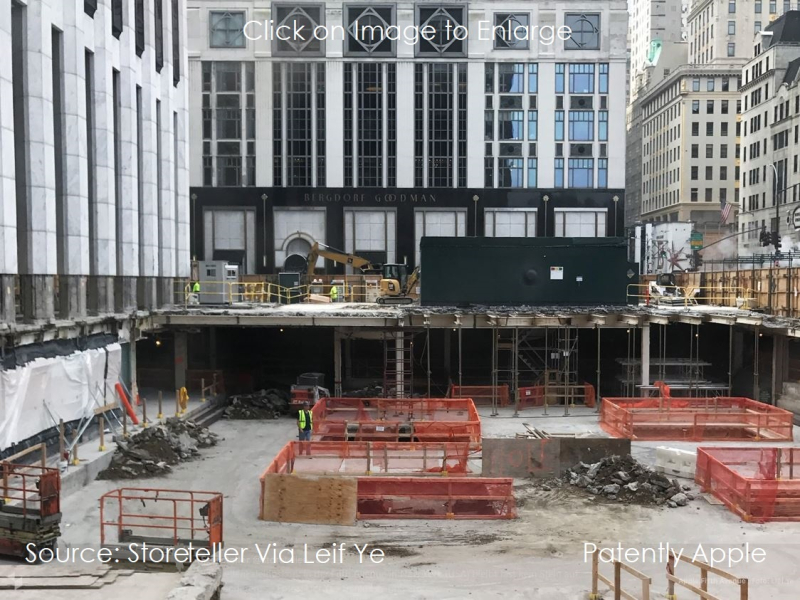 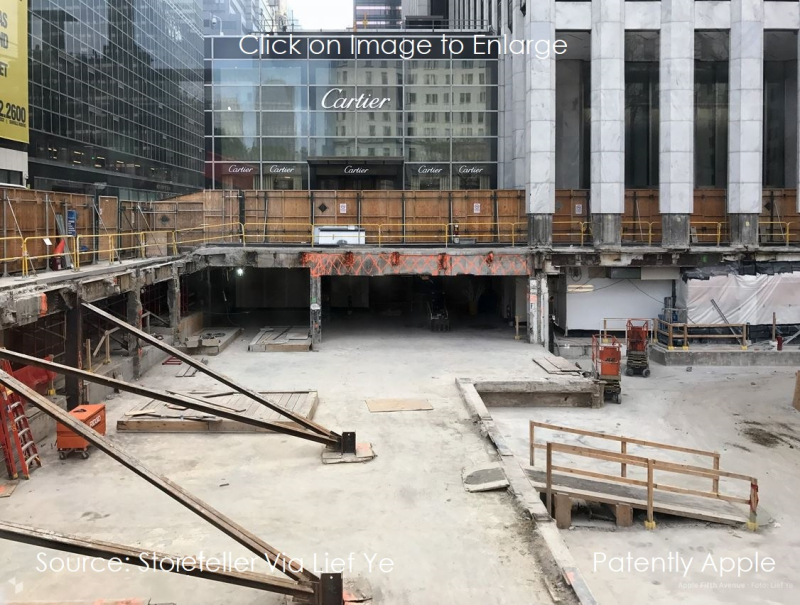