Home Archives Contact Us Subscribe Twitter MeWe Facebook Patently Mobile
Toshiba will Reportedly Announce today that they've Chosen the Bain, SK Hynix, Apple Bid for its Memory Business
Naysayers are already piling on to say that Apple's HomePod is destined to be a Market Loser 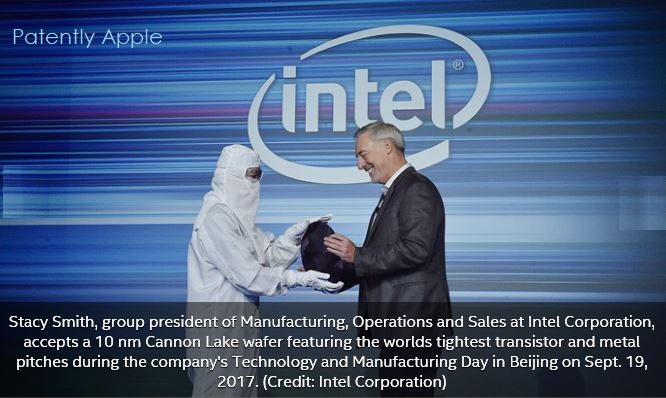 A new supply chain report this morning states that Intel has reportedly rescheduled the release of its next-generation Cannon Lake-based processors to the end of 2018, which has already affected notebook brand vendors' new projects and their suppliers, according to sources from the upstream supply chain. If the reschedule holds, it will definitely put a crimp in Apple's MacBook plans for 2018. Rumors of the delay were rampant throughout 2017 and so the latest news isn't a shock, but definitely a disappointment. 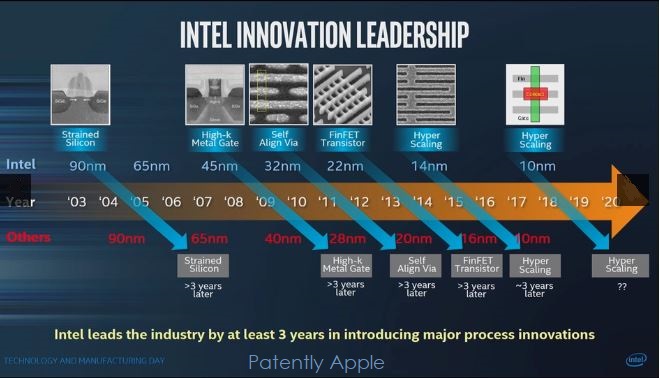 Some vendors are even considering skipping Cannon Lake to wait for the release of its successor, the Ice Lake CPUs, which according to Intel's roadmap, should be available shortly after Cannon Lake's rescheduled launch, the sources said.

After experiencing five consecutive years of shipment declines, demand for notebooks has grown stable in 2017. Industry players hope that Intel's new 10nm Cannon Lake CPUs - which are expected to see up to 25% performance improvement and 45% less power consumption compared to existing 14nm Kaby Lake processors - can rejuvenate the notebook market, the sources pointed out.

Most notebook vendors have already begun their request for quotation (RFQ) processes for 2018 notebook orders, but they now probably have to revise their notebook plans, the sources said.

To side step the negatives to the delay, Intel yesterday played up the positives of their next generation 10nm processors and for the first time Intel put their 'Cannon Lake' 10nm wafer on public display. Considering that Intel displayed the new 10nm wafer, it's a little baffling why it will take a full year to bring it to market. Other than the slide presented above, a release date wasn't provided in their press releases. 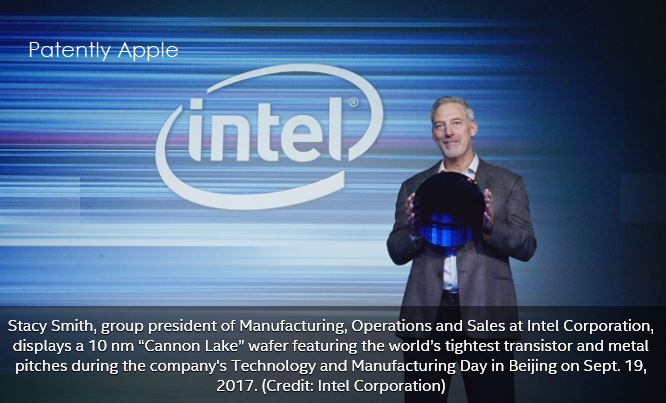 Demonstrating Intel's technology lead, Intel Senior Fellow Mark Bohr presented specification updates showing Intel's 10 nm is a full generation ahead of other '10 nm' technologies in terms of both transistor density and transistor performance. Intel's 10 nm technology has the world's tightest transistor and metal pitches, created with hyper scaling, for the highest density in the industry. Hyper scaling is a term used by Intel to describe the 2.7x logic transistor density improvement attained on the company's 14 nm and 10 nm processes. And, for the first time, Intel's 'Cannon Lake' 10 nm wafer was on public display.

The delay in 10nm notebook processors is likely to push desktop versions into 2019, though the delay may actually allow desktops to be ready at the same time. For now, the delay will allow Intel's new 8th Gen Core processors entering the desktop market in October a little breathing room.