Are the Reports pouncing on the smaller Lines outside Apple Stores for the iPhone 8 really newsworthy? 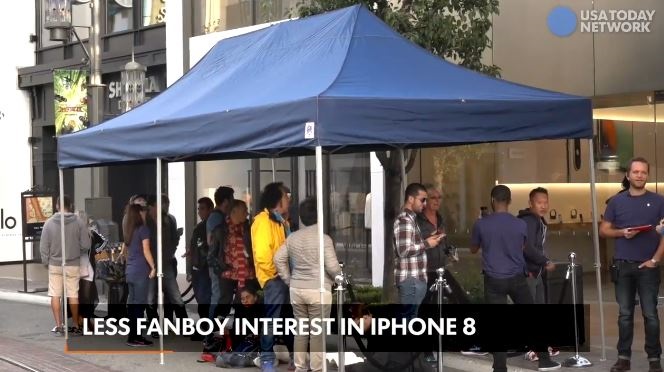 When Apple's late CEO Steve Jobs introduced the iPhone in 2007 there were line-ups around the block at every Apple Store with hungry fans wanting to be one of the first to get their hands on the revolutionary smartphone. It was nothing short of a phenomenon. Fast forward to the iPhone 8 being launched on Friday and the Apple Store in Los Angeles only had a handful of Apple fans in the early morning.

USA Today seemed to be pleased to pounce on this development, but did provide a context. Jefferson Graham noted in his report that smaller lines could also be due to better management: "Chalk it up to better management. Apple has convinced people that they could preorder the phone and have it waiting for them on opening day and they also have an appointment system at the store that has made the lines smaller and more manageable."

In 2007 Apple didn't have a great online store fans could use like they do today. In 2007, 2008 and 2009 the Apple Store was really irrelevant in delivering iPhones to the masses, hence the larger outdoor lines.

While Apple introduced a superior online store in 2010, it still took years for users to get used to trusting ordering online. As more fans became familiar with using the online store, the lines for opening day began to shrink. Its simple evolution that numbskull news sites equating smaller lines on opening day to a product not being popular is disingenuous and rather quite ignorant. Apple competitors are having field day with this point in the press.

Of course when the iPhone X debuts in November, we may see longer lines again only because of the perception that there will be a shortage of them on the market before Christmas. That's a different circumstance and so yes, there may be longer lines.

On Friday we reported on Tim Cook being interviewed at the Pal Alto Apple Store and it was so loud with customers buzzing in the store it was hard to hear the interview. Was that a sign of the iPhone 8 in trouble? I don't think so.

Apple's photos from their 5th Avenue Store (temporary store) illustrates how jammed pack it was with eager fans wanting to get their hands on the new iPhone 8 and with some customers even buying bags of them as noted below. 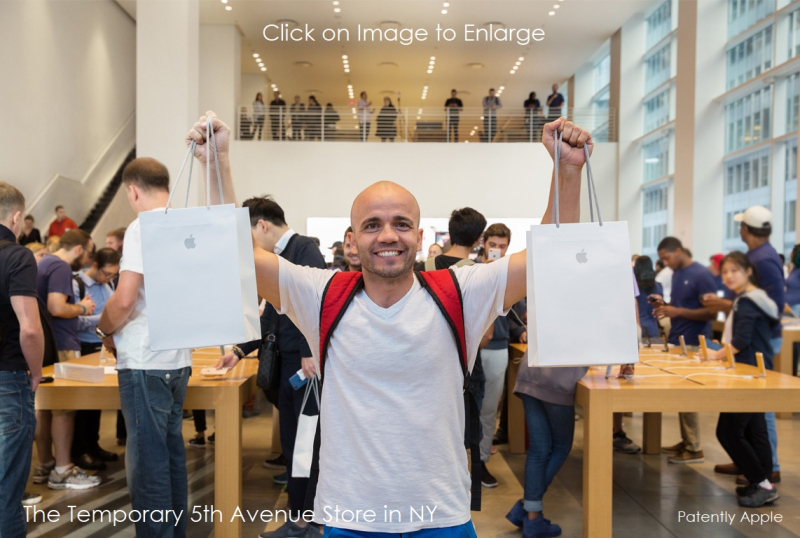 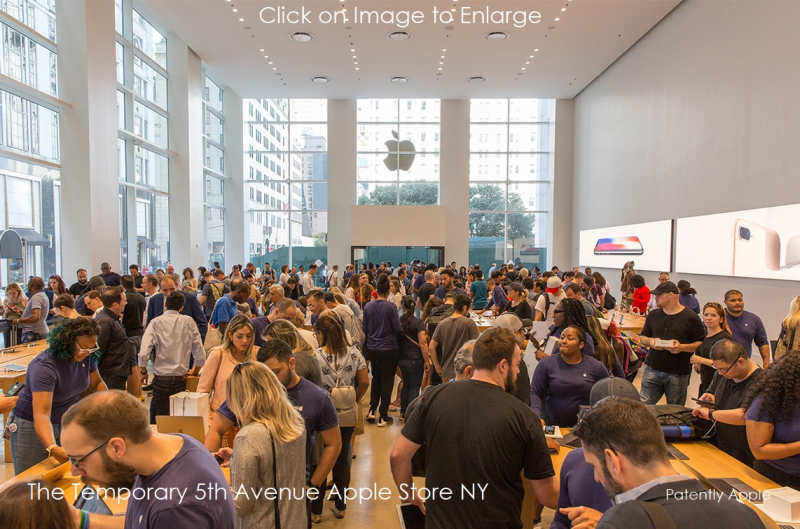 Knowing what Apple's CEO Tim Cook had said about sales being great, with some stores selling out of new products, Reuters still decided to put the emphasis of their report on the negative side of the ledger pointing to smaller lines around the world. They emphasized that "weak turnout for the latest iPhone partly due to poor reviews."

It's not to pick on Reuters as others decided to take that same track such as the UK's Guardian whose byline read: "iPhone 8: muted reaction and small queues lead to questions over demand."

In the end, Apple's competition is enjoying the negativity surrounding the iPhone 8, especially their Chinese competitors. But the fact is that 2017 is a different year with the second half of the story, and perhaps the most important half of the story, only rolls out in November. In total, Apple should be able to set a sales record for calendar Q4 spilling over to calendar Q1 because of the late entry of the iPhone X which I still believe was strategic and not due to problems with parts.

On the point of the smaller lines, I feel like screaming at these numbskulls that times have changed. The lines are smaller because Apple has diligently worked on advancing their online store over the years, perfected pre-ordering accommodation and in-store reservations at their brick and mortar stores which has grown to over 400 stores around the globe.

Judging demand for Apple's iPhones these days by simply looking at how long line-ups are is a sad day for journalism. Products in short demand may still warrant longer lines, but in general, that metric of judging iPhone demand by customer line-up sizes is long over. Wake up, it's 2017.