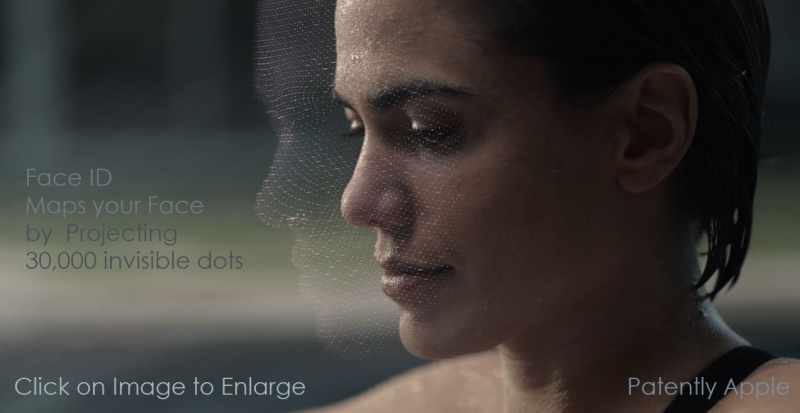 Apple introduced a super advanced version of facial recognition technology this week when the iPhone X was revealed at their special iPhone event at the new Steve Jobs Theater. Apple's new facial recognition is being used in a new authentication process that they've branded 'Face ID.' As you'll note in the image presented below, that was originally used in Apple's keynote, Apple's depth camera now includes an all-new 'Dot Projector.' This has has been covered in several patent applications that Patently Apple has covered since 2015. 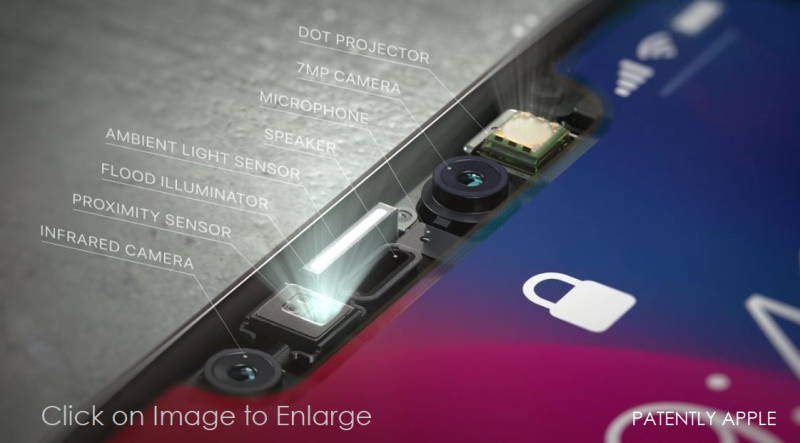 The foundation of the dot projector is derived from technology that Apple acquired from the Israeli company PrimeSense. The technology has now been miniaturized to fit the iPhone X. A 2015 granted patent illustrates the depth camera using a spot projector that Apple is now calling a dot projector. The image from that 2015 patent below makes this crystal clear that it's the same technological methodology for mapping a subject or scene. This makes it a patent fulfilled. Even though naysayers blurt out nonsense that patents are meaningless, reality has a way of slapping them in the face. 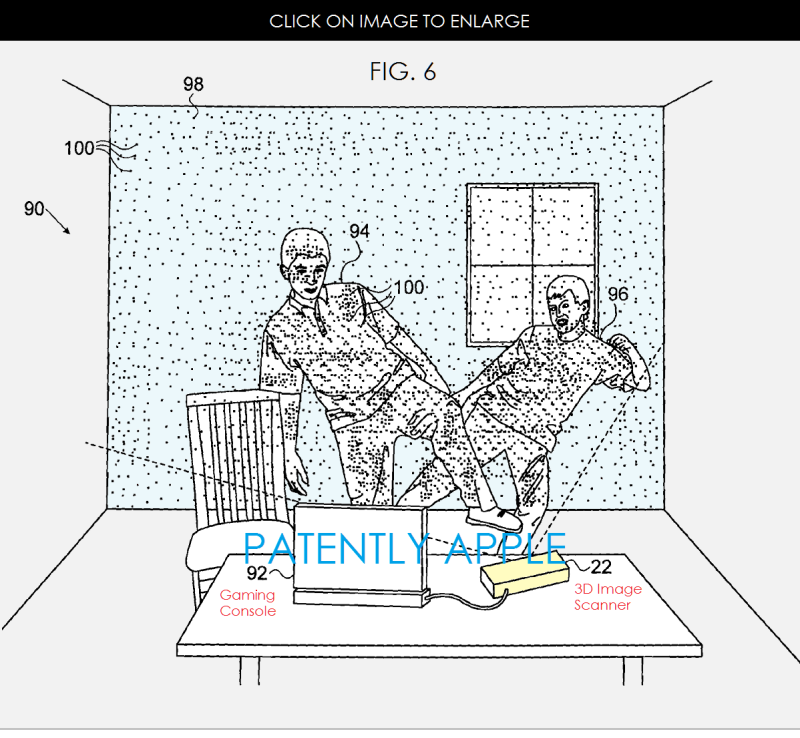 Other Apple patents published in reports in January and July 2016 discuss the methodology of pattern dots being projected. More specifically Apple noted in their January 2016 patent that "the projector produces and projects a pattern of light spots onto an object or scene, in order to enable an imaging and processing system (not shown) to analyze the projected pattern and estimate a three-dimensional (3-D) map of the object or scene."

In their July 2016 patent Apple stated that "In one embodiment, the transparency comprises an array of micro-lenses arranged in a non-uniform pattern. The micro-lenses generate a corresponding pattern of focal spots, which is projected onto the object."

You could check out other 3D mapping patent reports in our archives here. In our archives you'll also find one that points to face recognition, now Face ID, pointing to this authentication process will be coming to future Macs. Apple's Face ID, as noted in patent, will also use machine learning and many other methods to identify the Mac owner.

Apple has many teams working on a common theme like facial recognition over time. Each team comes at the problem from a different angle proposing various solutions. Apple is then able to pick and choose and combine technologies for a final project. Rarely, if ever, is one product feature created from a single patent. So when one new feature is introduced, it's made up of many patents covering the best ideas stitched together.

Lastly, if you're looking for more information about Face ID than Apple has in their marketing materials at the moment, you should check out the new TechCrunch interview with Apple's SVP of Software Craig Federighi that provides some nice added information.