Four years ago the discussion of Apple contemplating a hybrid ARM-x86 CPU for future devices was starting by ABI who wrote: "There are many trends simultaneously affecting the market for mobile device semiconductors. Two have been the shift towards multicore application processors and the addition of x86 and MIPS to what used to be purely an ARM play." Then last December we reported on the coming Microsoft-Qualcomm platform that would see Windows coming to ARM processors that would provide built-in cellular capabilities for for notebooks. Then in April ARM confirmed that Microsoft-Qualcomm notebooks and 2-in-1 devices would be running Windows in Q4 2017. Then in June HP, Lenovo and Asustek announced that they were going to be delivering these devices to market. According to IDC 2nd Quarter PC stats, the three vendors add up to 50.1% of all PC sales. So this is a major shift away from Intel's x86 platform.

The prospect of that shift away from Intel's platform triggered Intel to warn Qualcomm indirectly that x86 emulation on ARM could trigger legal action. The warning has to be taken seriously because it was Intel's chief lawyer Stephen Rodgers making the threat on a company blog. 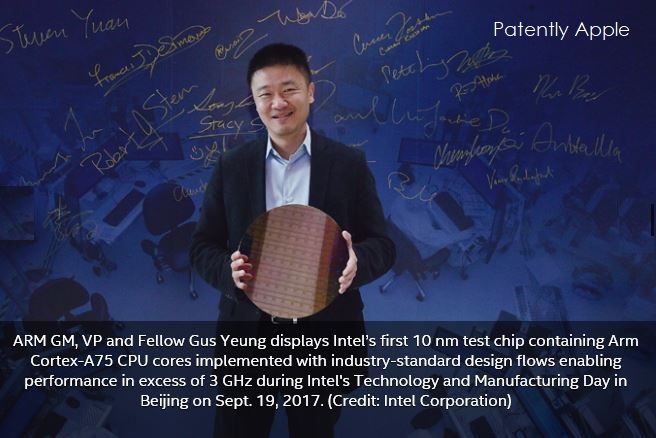 This particular ARM processor is the next-gen ARM processor with some of the key applications being for high powered smartphones, notebooks and 2-in-1 devices. This is the type of processor going into the new Windows-Qualcomm devices.

If Apple customizes their own ARM processor to power a new Apple mobile device or a future MacBook to take advantage of built-in cellular connectivity to compete with the new Microsoft alliance devices, Intel could end up working with Apple and giving them the ability to run x86 code so that no applications would be lost on such a new beast while being appealing to the enterprise market.

Not that Apple would bite on that feature but if Intel is warning Qualcomm, then it may be that Intel has a large customer or two up its sleeve such as Apple that will get the privilege of offering native x86 apps versus some kind of emulation on the Windows-Qualcomm platform.

Intel or not, Apple working with ARM means that they have access to the new processor that could power a future MacBook. With the Windows-Qualcomm platform likely to be unveiled during Microsoft's late October event, the war will have begun on a new kind of PC.

Yesterday a new rumor emerged from the Nikkei Asian Review that Apple is looking to develop proprietary semiconductors to better compete in artificial intelligence and beyond.

The report further noted that "Industry sources and analysts suggest that Apple is keen to expand its semiconductor capabilities further. They say the company is interested in building core processors for notebooks, modem chips for iPhones and more.

Lastly, the Nikkei report noted that "Core processor chips for the MacBook range is another area Apple is trying to venture into. Two industry sources say that Apple is trying to cut its dependence on Intel when it comes to notebook chips and instead build those using ARM architecture, referring to the SoftBank-controlled British chip designer."

Then again as we've pointed out earlier, Intel has shown it's near ready to go into production on next-gen ARM processors and perhaps be ready to take orders from a tech company such as Apple and simply act as the foundry like TSMC does for current chips for iDevices.

It's not much of a stretch to think that Apple could slowly begin a shift to ARM processors for a future MacBook for starters. Of course don't expect Apple to release such a beast this year, but the door could be opened a crack in 2018. Though more than likely Apple may decide to wait and see the response that the Windows-Qualcomm devices will get from consumers over the next year or two before moving the project up the ladder.

Although Apple won't admit it, the iPad Pro was in my view a way to counter Microsoft's Surface machines that took on Core processors and aimed at the enterprise market. 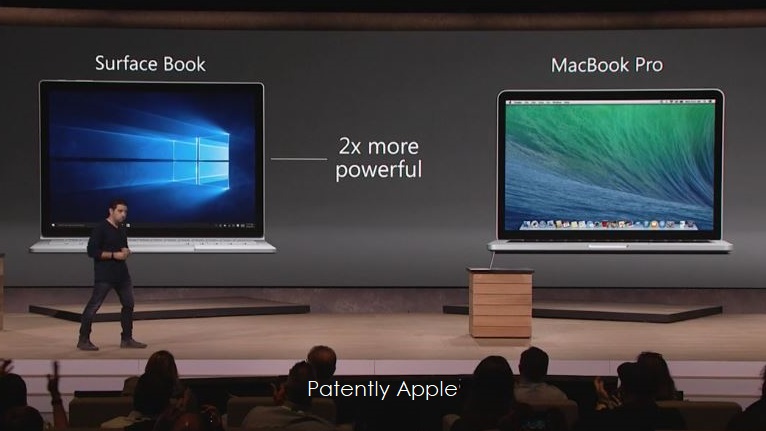 If you've ever watched the special events surrounding new Surface products, then you know that Microsoft's Surface VP Panos Panay is obsessed at attacking all Apple products. The photo above shows Panay telling his audience that the new 2015 Surface Book was 2X more powerful than the MacBook Pro. But this is an annual ritual with Panay.

Patently Apple posted a report back in 2016 showing Apple patent ideas that Microsoft magically ran with from the Suface Studio's slanting display to the hybrid notebook to notebooks with built in cellular connectivity that we dubbed the Cellular MacBook.

Apple has 21 patents covering that concpet. The Cellular MacBook was way ahead of its time, starting back in 2010, and yet now we see another Apple Idea being hijacked by Microsoft to get ahead of Apple.

Business is business and good for Microsoft for being hungry enough to fight and try to get ahead of Apple in hardware. It's just that Apple should have been the first to bring this to market and failed to because they wanted to support the iPad's cellular connectivity product.

This is why the rumor of Apple working on a new ARM processor that could power a MacBook that will come with built-in cellular connectivity is really a no brainer. It's just a matter of how long will the competition have this on the market before Apple delivers something on this front.

If they've brought cellular connectivity to the new Apple Watch Series 3, why not the cellular MacBook? There are far more MacBook owners who would love this than Apple Watch users. But you can see where Apple's current priorities are. 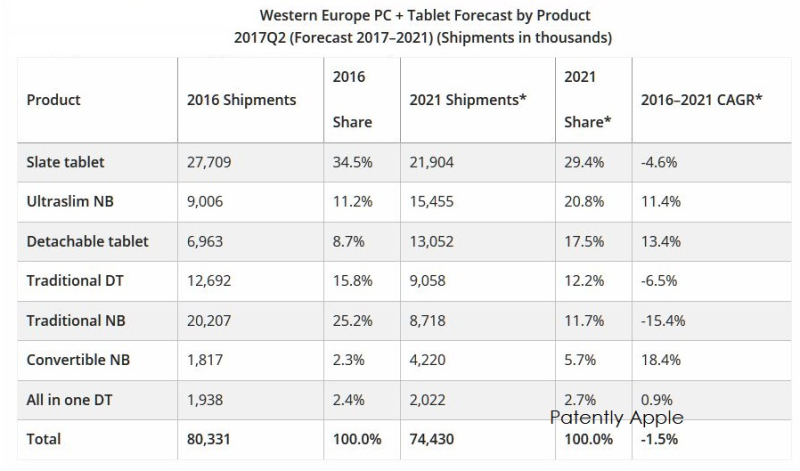 Looking to future trends, IDC reported late this week that tablets will continue to drop while 2-in-1 hybrid devices will accelerate through to 2021. The report also sees "traditional" notebooks falling by 15.4% while detachable tablets or hybrids taking up most of the slack by 11.4%.

This is the trend that the Microsoft-Qualcomm alliance is betting on and only time will tell if it strikes a chord with consumers. For now, one thing is clear, Microsoft will have the jump on Apple again. It's a leap that enterprises are likely to applaud and support.

A Survey done by 9to5Mac in 2016 showed that two-thirds of Apple fans are for the idea of the Cellular MacBook as noted below. So here's to hoping that Apple's delay on this front translates into a superior product that we can get excited about – because it's long overdue.

Whether Apple brings cellular connectivity to a standard MacBook first or wait for a new ARM based MacBook to do so is unknown at this time, but it's clear fans want it and as soon as possible. 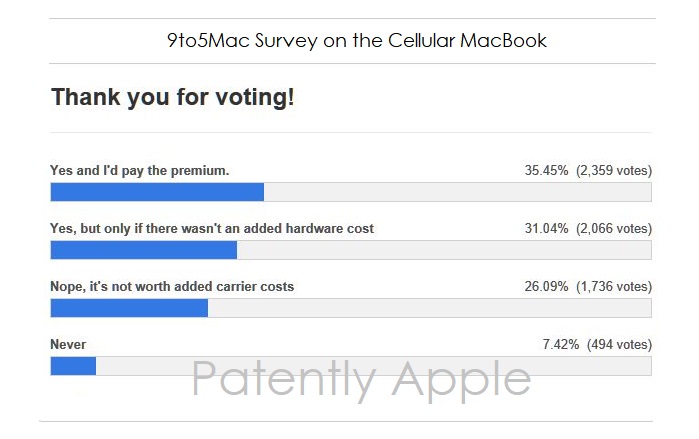