Apple wins an Industrial Design Patent for a 'Credenza' in Canada 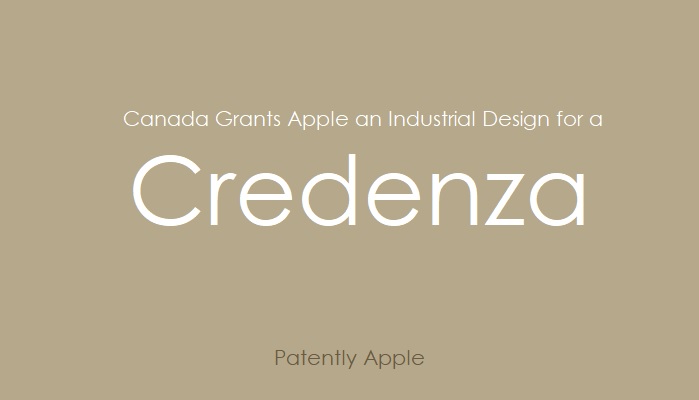 Earlier today Patently Apple discovered a European Patent Office database entry for an Industrial Design Patent for a 'Credenza' issued by the Canadian Patent Office in late August. Canada registered the design under number 164717. The design appears to be a base unit of a shelving unit that could be used in an Apple Store or a new kind of Apple Watch unit.

In design patent figure 1 presented below we're able to see that the 'Credenza' has a cut out area with inlaid glass so as to allow customers to see inside the unit but not touch the watches or other devices; something like the current tables for the Apple Watch. Instead of it being a table, the new design is in the form of a credenza. In the end, being that this is a design patent, we're unable to verify the nature of the credenza with certainty.

Unlike "patent applications," design patents that are published by the U.S. or any foreign Patent and Trademark Office don't reveal pertinent information about a particular design. All we get are simple patent figures as we present to you below. 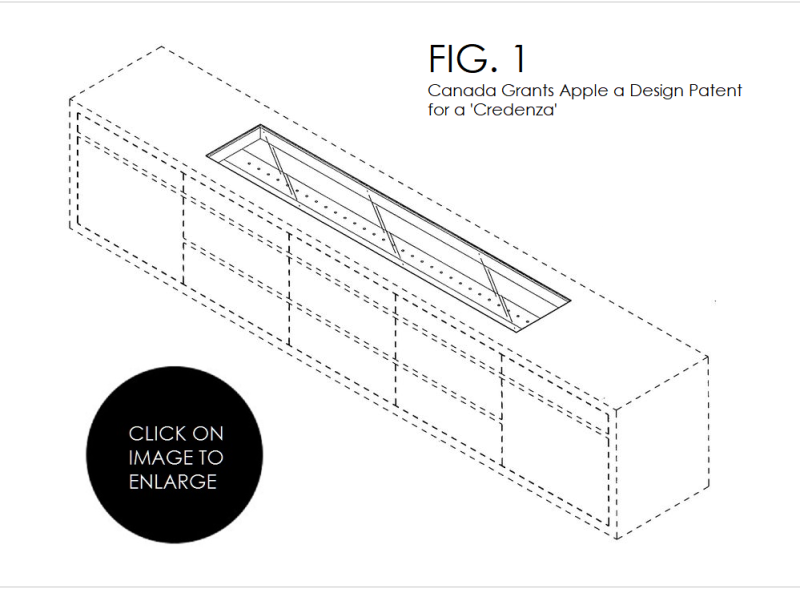 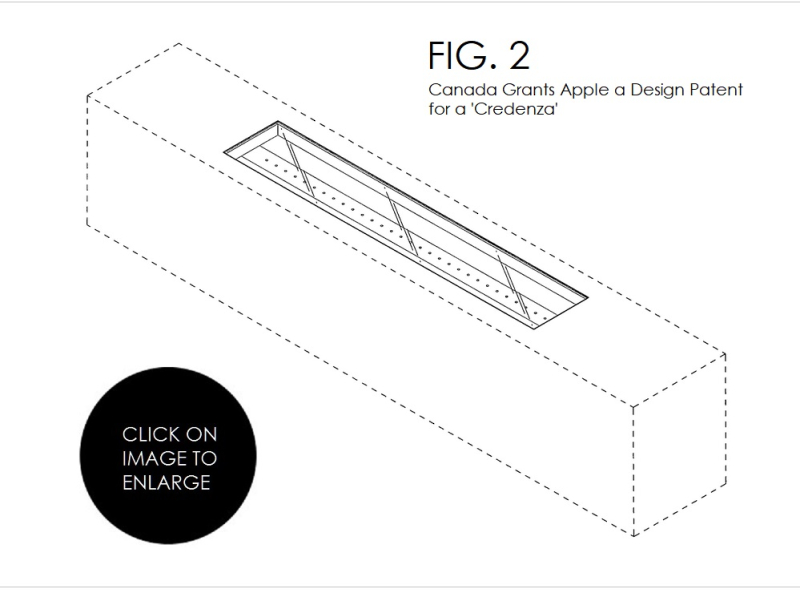 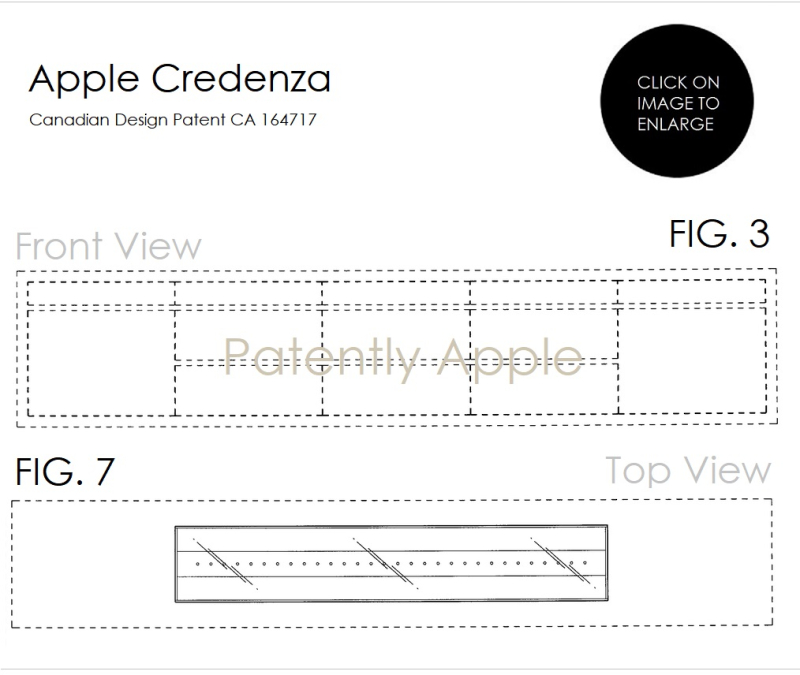 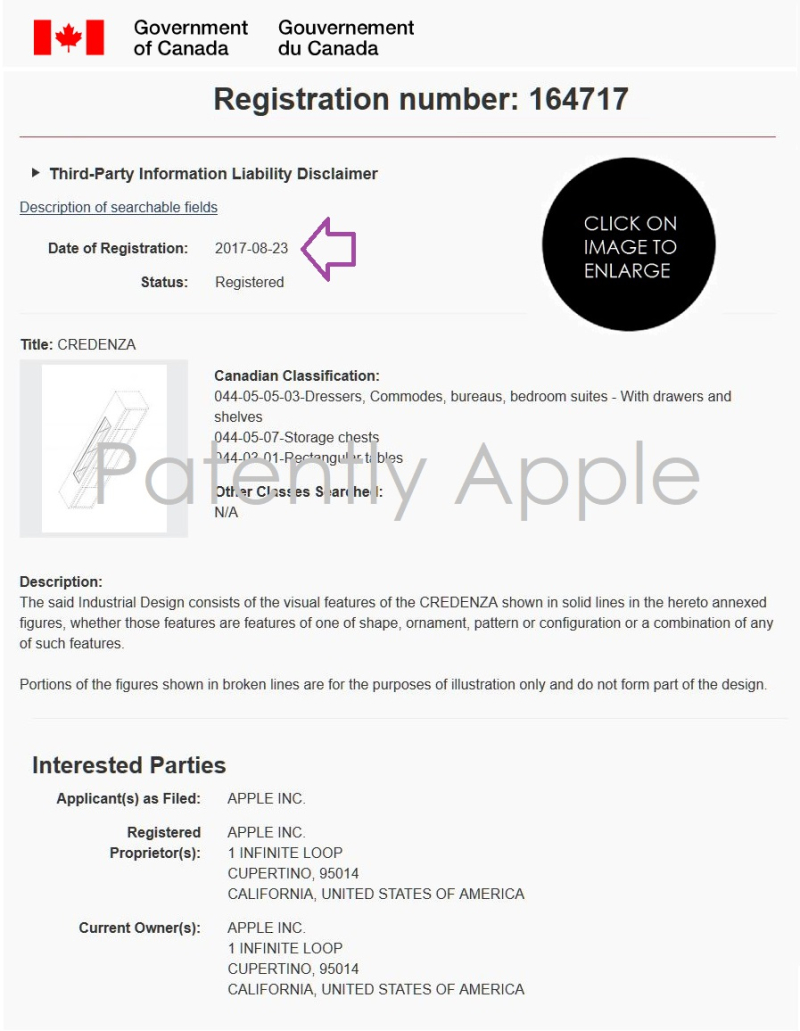