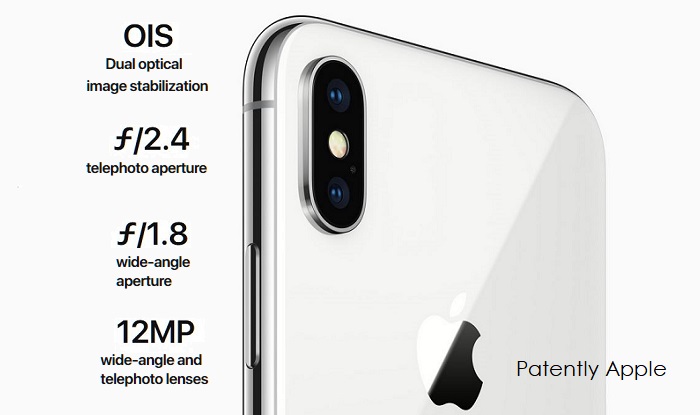 The U.S. Patent and Trademark Office officially published a series of 57 newly granted patents for Apple Inc. today. In this particular report we cover Apple's invention that covers 'Dual Optical Image Stabilization' that was introduced with iPhone X as noted on this page. Apple notes that "We integrated faster, optical image stabilized cameras with advanced machine learning of the A11 Bionic chip." That's another patent fulfilled today. We also cover a patent for an Apple Watch band that could plug into a MacBook to recharge and more. We wrap up this week's granted patent report with our traditional listing of the remaining granted patents that were issued to Apple today.

Apple's newly granted patent covers their invention relating to camera module components and more specifically to the use of multiple cameras for zoom functions in mobile devices. Some embodiments use a magnet arrangement that enables side by side (dual) Optical Image Stabilization (OIS) camera modules in portable devices, with minimal magnetic interaction between adjacent modules. The dual OIS camera modules could also be placed in a vertical alignment. 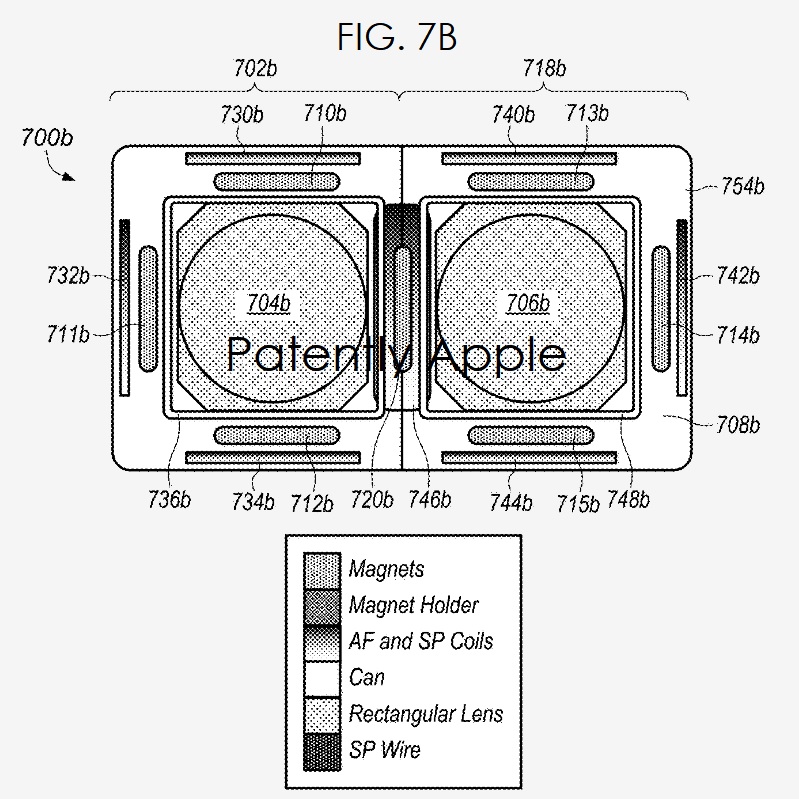 Apple's granted patent 9,769,389 was originally filed in Q3 2015 and published today by the US Patent and Trademark Office.

A few other granted patents of interest today covering a possible future Apple Watch band that could have a connector that will work with a future MacBook as noted in the patent figure below. Today's granted patent 9,768,538 is Apple's second granted patent for this invention. You could review our earlier report on this here. 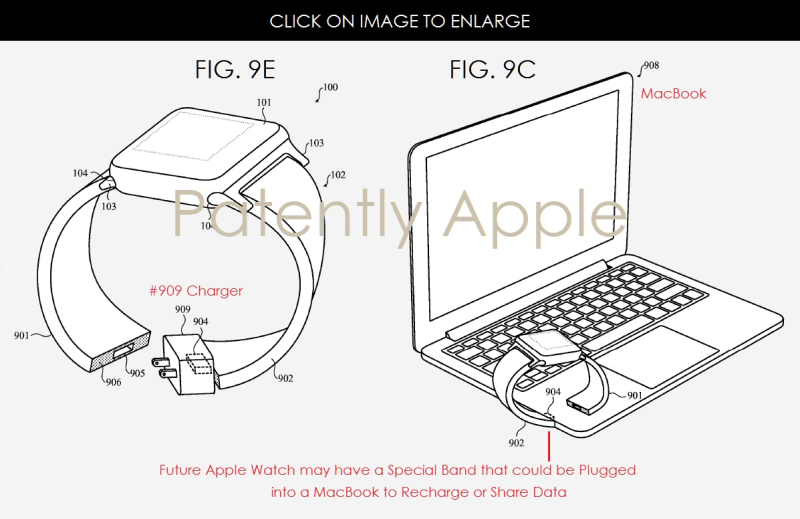 Apple was also granted patent 9,766,727 for Apple Pencil's antenna which we originally covered in a report titled "An Apple Pencil Patent describes a 3D Antenna and Magnet for Attaching to External Objects."

The key design patents granted to Apple today include a type font, the Apple Watch Digital Crown and Beats speaker as noted below. Not shown is one for the Apple Watch display. 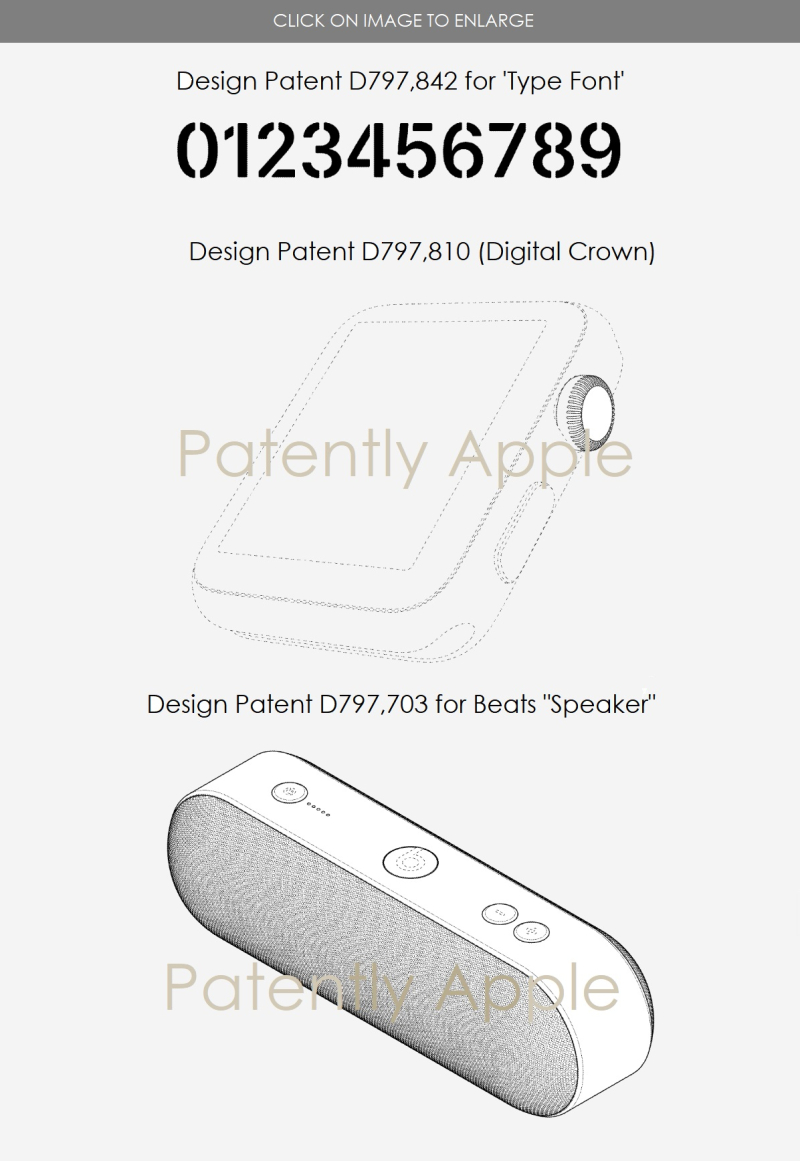 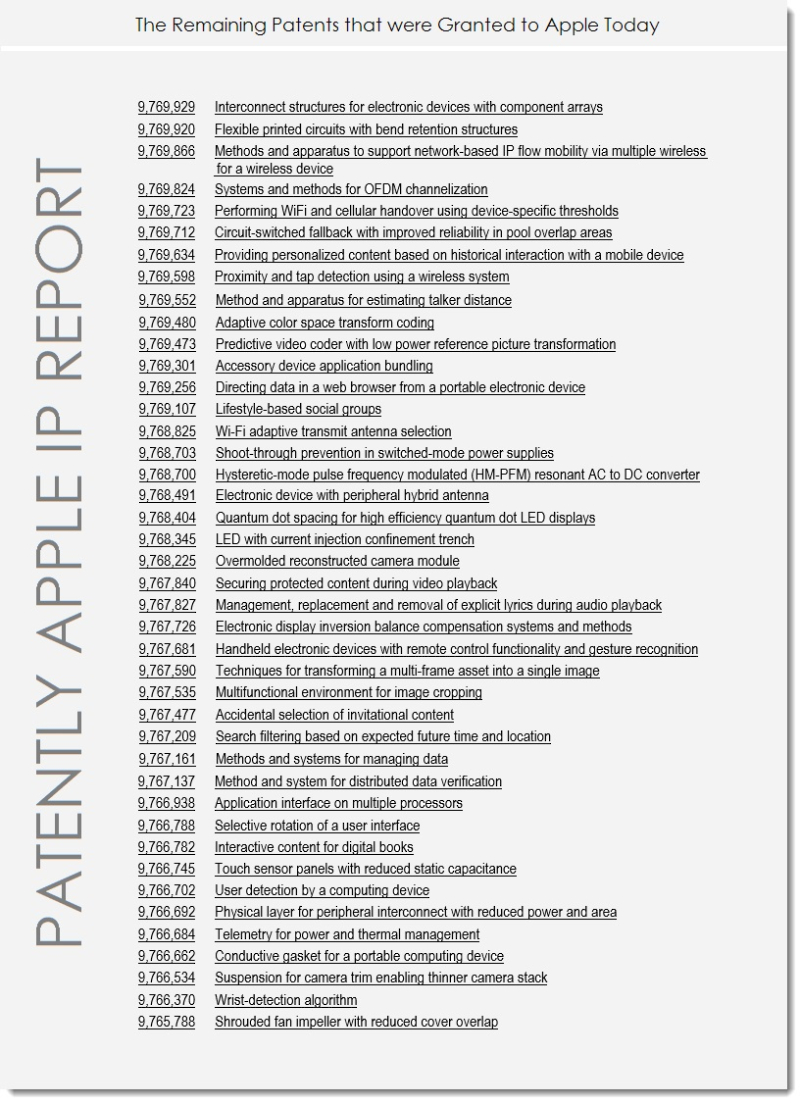