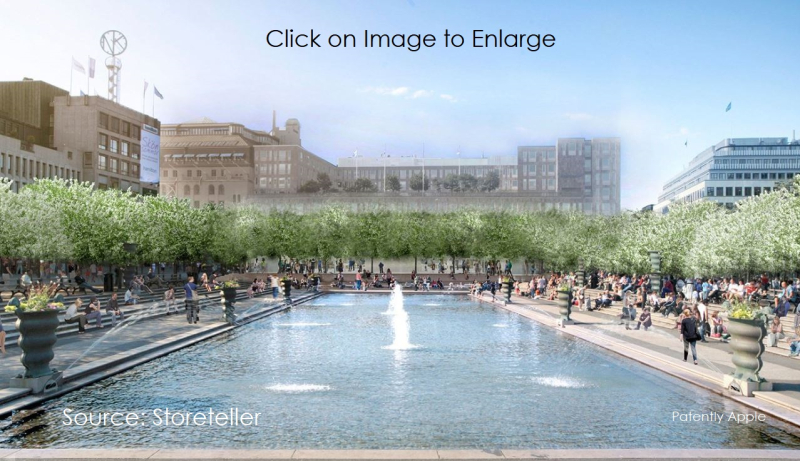 Last week Patently Apple presented a photo of Apple's Michigan Avenue store near to opening on the Chicago river and today we learn that Apple has revised their store plans for a new store in Stockholm that has a water fountain view as noted in our cover graphic.

Earlier this month the StockholmDirect reported that "Apple is presenting a new proposal with the slimmed-down measure, moved the entrances and more trees in order to 'hide' the building.

Apple's supposed shop in Royal Garden had been met with massive resistance from many quarters since the plans were announced last year. Both politicians, the public and experts have had strong views on both the design and placement. And also to query whether a commercial company spirit should get to exploit one of Stockholm's most iconic and social areas." Ouch.

The report went on to stated that "Under the proposal, the glass facade is reduced, the entrances to the Park are moved and more trees are planted to hide the building from the port road and the Park. Anything to reduce the commercial expression.

The new sketches are yet another attempt by Apple to meet the city's requirements on the design of the Apple House. If that's enough to propel the process forward is still unclear. The city planning Office has sent the case to the Board, which will consider whether it should out of consultation, which could become a reality next year at the earliest." 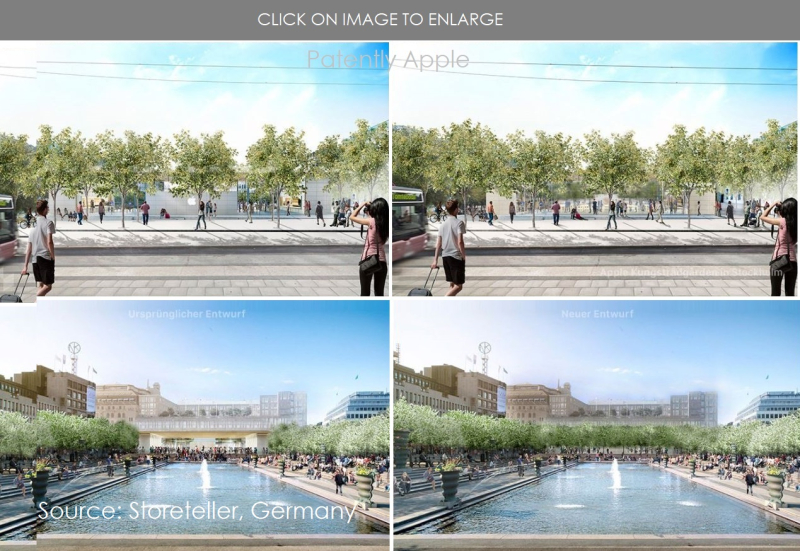