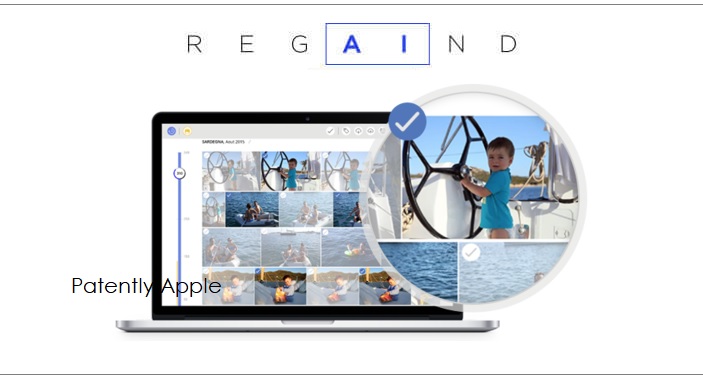 Back in 2015 Patently Apple reported on Apple's acquisition of Faceshift who were masters of face tracking and the video below shows what they were able to do. Then look at the second video of Apple's Jonathan Ive introducing animoji found in iOS 11. Obviously that Apple acquisition was put into action rather quickly. Whether Apple will open the door to Avatars in the future is unknown at this time.

The news of Apple's acquisition of Faceshift was originated by TechCrunch. Yesterday TechCrunch reported that they had learned that Apple had acquired a small French startup called Regaind. Their sources told them that Apple actually acquired Regaind earlier this year.

TechCrunch reports that "Regaind has been working on a computer vision API to analyze the content of photos. It's also unclear if Apple plans to get Regaind's model to work on Apple's devices directly. Apple has recently reiterated its focus on privacy, so it's going to be interesting to learn more about Apple's integration of Regaind's technology when it comes to privacy."

According the company, "Regaind API gives meaning to photos. We help businesses and developers deal with massive flows of images by using state-of- the-art artificial intelligence to analyze and sort them. Your problem is often not reduced to finding a photo of a « sailboat » or of a « lion »: it's also about finding the right one for your specific use, among many others. Regaind enables you to understand the content of an image, as well as to assess its technical and aesthetical values, so as to maximize your impact with high quality photos."

For more information, check out Regaind's site. The company is located in Paris and a French write up on the company could be found here at the INRA Center of Research.