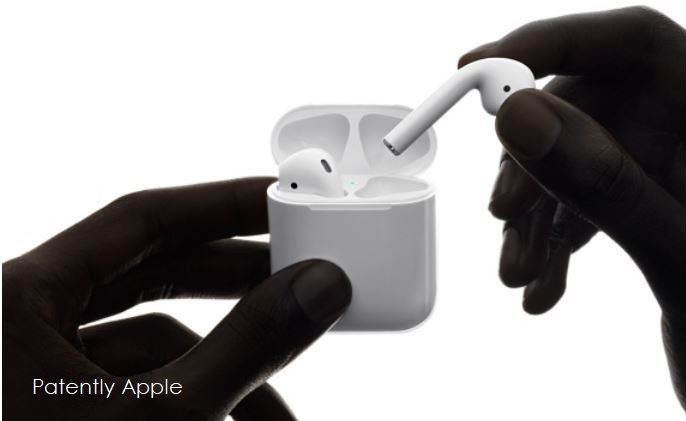 The U.S. Patent and Trademark Office officially published a series of 57 newly granted patents for Apple Inc. today. In this particular report we cover granted patents for AirPods, which only debuted last year, and one for indoor location and mapping which should be coming to market within the next few years.

AirPods are wireless Bluetooth earbuds made by Apple Inc. They feature new user interactions; for example, removing an AirPod from one's ear causes playback to pause and vice versa, and double tapping them can either activate Siri, or play or pause playback. Today Apple was granted an AirPod related patent titled "Wireless pairing of earbuds and case"

Apple's newly granted patent covers their invention relating to a case that can store and charge a portable listening device, such as a pair of wireless earbuds or other types of headphones. In various embodiments the case can include one or more features that can improve the user experience associated with using the case and the portable listening device. For example, some embodiments of the disclosure pertain to a case for wireless earbuds that includes a detector that detects if the earbuds are stored in the case along with a detector that detects if a lid of the case is opened or closed. Circuitry within the case can use information from the detectors to improve the user experience associated with charging the earbuds, pairing the earbuds to a host device, such as a portable media player or other source of an audio signal, and/or turning one or more features of the earbuds off to extend the life of any battery used to power the earbuds. 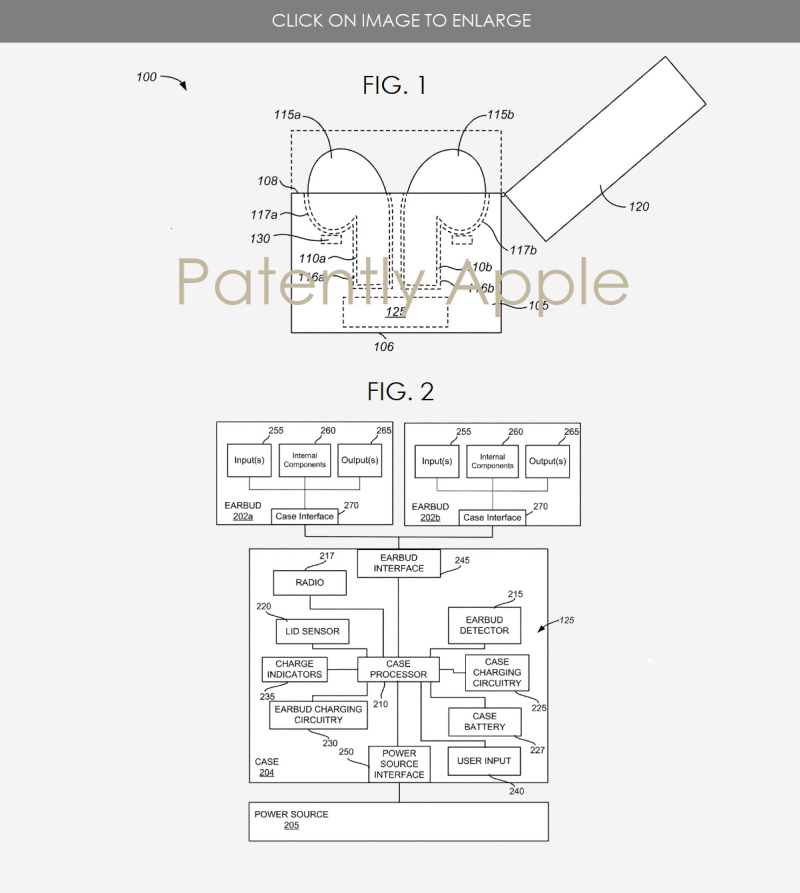 Apple's granted patent 9,769,558 was originally filed in Q and published today by the US Patent and Trademark Office.

Apple's newly granted patent covers their invention relating to surveying techniques for generating location fingerprint data for a venue. A sampling device surveying a venue can move inside the venue. While the sampling device moves, the sampling device can record environmental readings including, for example, strengths of signals from multiple radio signal sources. The sampling can automatically track the path, such that unexpected interruptions, e.g., a locked door preventing the surveyor from continuing, do not interfere with the survey. 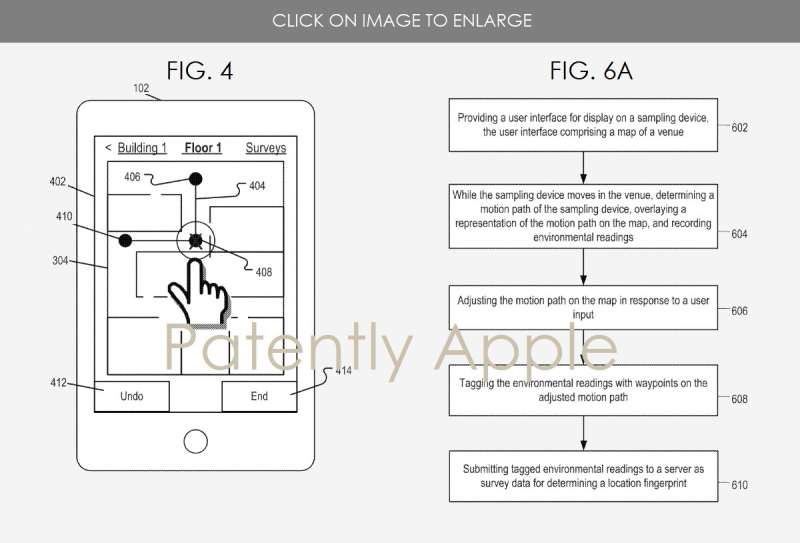 Apple's patent FIG. 4 illustrates an exemplary user interface for modifying an estimated motion path; FIG. 6A is a flowchart of an exemplary process of location survey.

Apple's granted patent 9,769,622 was originally filed in Q3 2014 and published today by the US Patent and Trademark Office.