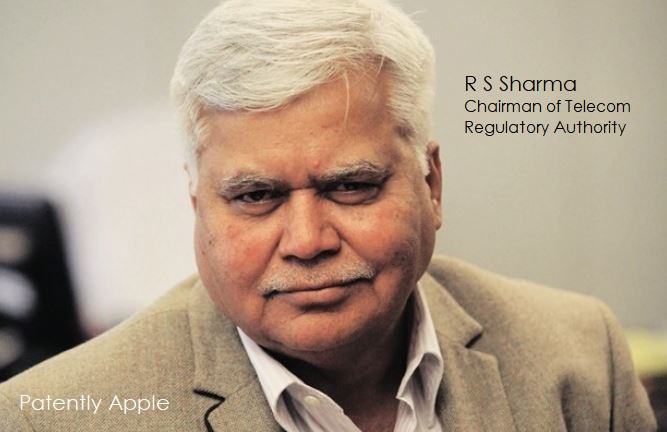 Telecom regulator TRAI has accused Apple of engaging in "data colonization" in India and being "anti-consumer" by not allowing customers to pass on details about pesky calls and unwanted messages to authorities as well as their mobile operators.

The Times of India reports that "The matter has remained unresolved over the last one year and has now led to an attack on the American electronics giant by R S Sharma, chairman of TRAI (Telecom Regulatory Authority of India).

"While Google's Android supports our Do-Not-Disturb (DND) app, Apple has just been discussing, discussing, and discussing. They have not done anything," Sharma told TOI.

TRAI had in June last year launched the DND app to have an effective control over the menace of pesky calls and unsolicited SMS.

The app has the capability to procure SMS details and call records of an individual from the phone's messages column and call-log records."

After endlessly whining about Apple over this one issue, the chairman of TRAI then admitted that Apple is now engaged in deliberations with the regulator over the matter.

By using inflammatory language like "data colonization" it appears that TRAI's Chairman is trying to turn the Indian public against Apple. On the flip side, Apple continues to act as true professionals by keeping the issue private between itself and the Indian government. It could very well be a security issue for Apple.

Last year the Indian government was demanding that Apple devices be embedded with new government biometrics security system. There's been no word on how that issue was resolved.

From the tone set in the Times of India report, it appears as though the Indian government couldn't care less about individual privacy, so its highly hypocritical on the part of TRAI's chairman to be openly preaching against Apple as he is.

Other than the EU attacking Apple over a tax issue, I don't recall any other government going out of its way to challenge Apple publicly with such an in-your-face attitude. It's absolutely bizarre. In many ways the Indian government continues to show themselves as being very backwards.