A Google engineer got fired this week for distributing a 10-page memo arguing that the gender gap between men and women working in tech and leadership positions is due to biological and psychological differences. The WikiLeaks founder and chief tweeted, "Censorship is for losers," before adding that there was a job for fired Google software engineer James Damore at his whistleblowing organization. Another set of tweets showed that there were a series of fake ads in and around Santa Monica and Venice California created by a street artist named Sabo who creatively bashed Google as noted below. 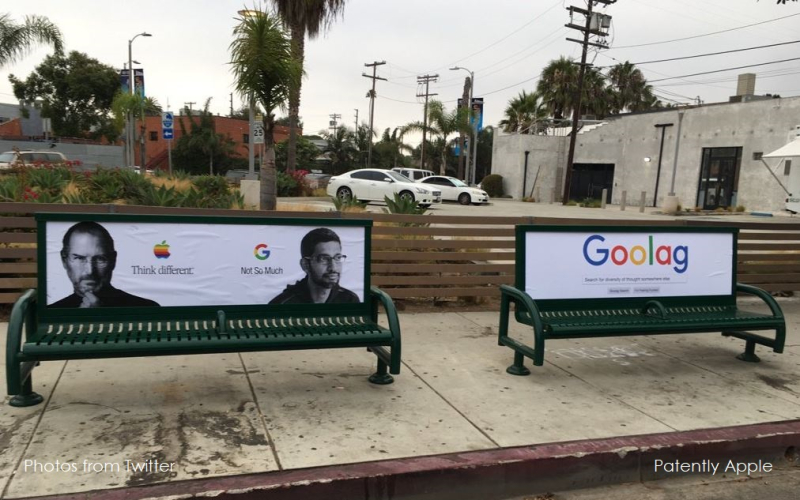 USA Today reported yesterday that "In one of the ads, Google CEO Sundar Pichai is pictured side by side late Apple CEO Steve Jobs. Next to Jobs is a picture of the Apple logo with the company's famous slogan "Think Different." Next to Pichai is the Google logo but instead the text reads "Not So Much." 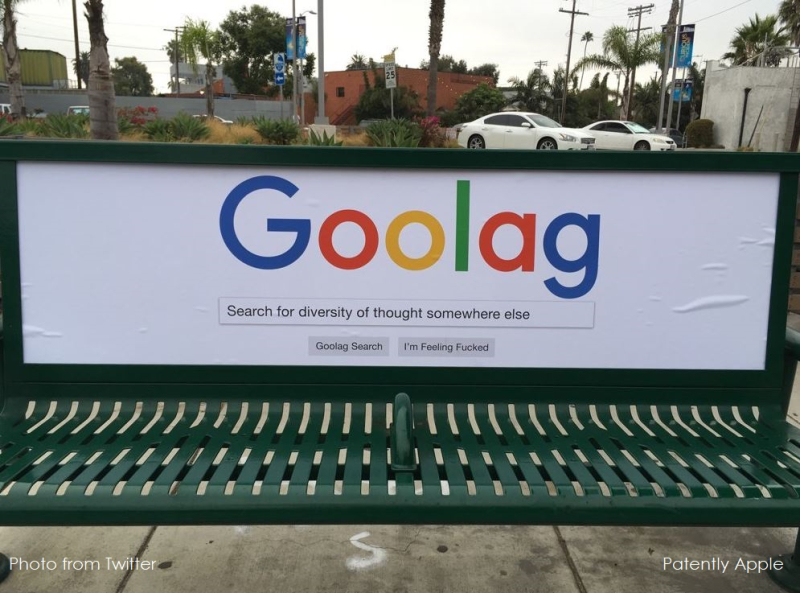 The second ad showing 'Goolag' is alluding to the Soviet Unions forced-labor camps known as the Gulag. The Gulag was recognized as a major instrument of political repression in the Soviet Union.