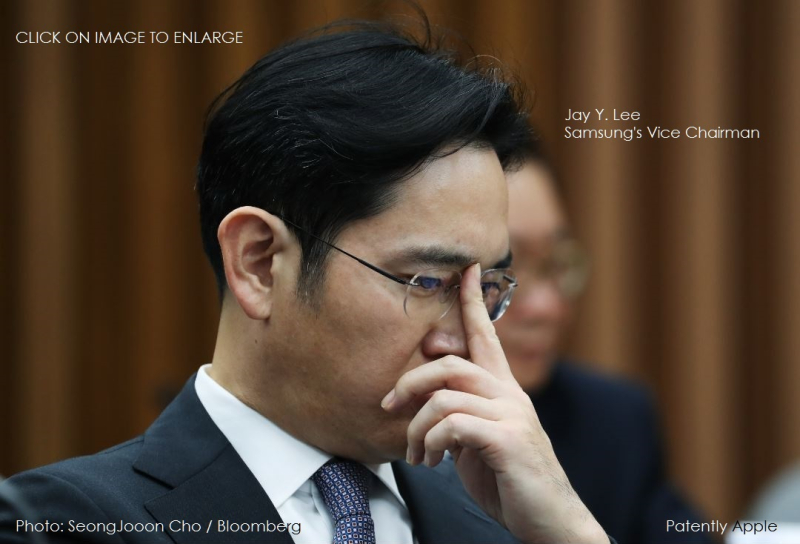 It's being reported today that prosecutors have demanded 12 years in prison for the Vice Chairman of Samsung Electronics Lee Jae-yong for allegedly bribing former President Park Geun-hye and her confidante Choi Soon-sil in the corruption scandal that brought down the previous administration. Such a verdict could be devastating to Samsung.

After 53 hearings where 59 witnesses testified in the trial of Samsung Group's de facto leader Lee Jae-yong, a special prosecutors' team requested on Monday a 12-year jail term for the heir on bribery and embezzlement charges.

Special prosecutor Park said the scandal is a typical corruption case involving politics and business, and that it greatly damaged the nation's economic democracy and constitutional values.

The Samsung heir allegedly gave or planned to give a total of 38-million U.S. dollars to former President Park Geun-hye and her longtime confidante Choi Soon-sil in various forms, including donations to Choi's organizations and a sponsorship of the equestrian training of Choi's daughter.

The independent counsel believes the money was in exchange for Park's support and to secure the vote of the state-run National Pension Service, a major stakeholder in Samsung C&T... in favor of merging with another branch of Samsung Group, Cheil Industries.

The strategy helped Lee became the largest shareholder of the newly merged entity, which in turn holds a controlling stake in the group's most important business, Samsung Electronics. Besides bribery and embezzlement, Lee is also charged with diverting assets overseas, concealing the gains from a criminal act and committing perjury.

The special prosecutors' team also demanded jail terms between 7 to 10 years for four other Samsung executives and officials.

The final verdict is to be delivered on August 25th, and the ruling is likely to have a critical impact on the ongoing trials of former President Park and her confidante Choi.