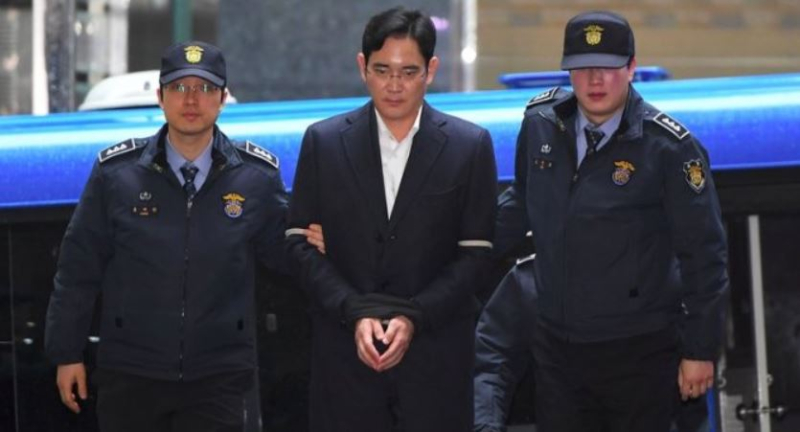 Last Friday we posted a report titled "Samsung in Shock as Vice Chairman Lee Jae-young is sentenced to a Five Year Jail Term." The verdict of guilty has created a leadership vacuum that could suspend the conglomerate's future strategies and investment plans. The original shock has now turned into confusion and depression amongst staff.

Samsung Electronics Vice Chairman Kwon Oh-hyun delivered an official statement to staff on the verdict on the firm's heir-apparent Lee Jae-yong, urging workers to continue giving best efforts. Kwon stated that "The business situation at home and abroad is too harsh for us to be mired in shock and confusion. We all need to join our strengths and wisdom to emerge from this unprecedented challenge," Kwon said.

Kwon is also the chairman of Samsung Electronics' board of directors and the head of the company's semiconductor business division, which continues to chalk up record profits.

While all Samsung affiliates have pledged to seek for greater autonomy under the leadership of their respective CEOs, Kwon is expected to play a bigger role not just at Samsung Electronics but also throughout Samsung affiliates, according to sources.

Earlier this week the Seoul Central District Court's website confirmed that a deference lawyer for Samsung Electronics vice chairman Jay Y. Lee has filed an appeal against the five-year jail term he was given for bribery and other charges.

Samsung is aggressively trying to change the subject and get their teams and the media focused on challenges and new products ahead. We reported yesterday that Samsung had confirmed that they're going to enter the smart speaker business and believe that they can quickly dominate in the Android market due to their strength in the home appliance market.