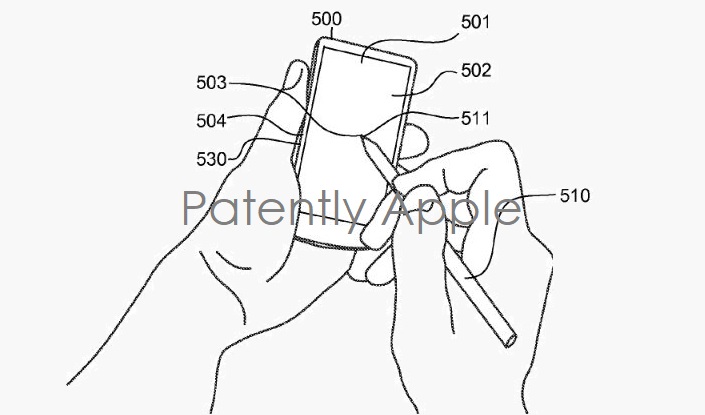 In late 2016 Patently Apple posted a patent report on Apple working on getting Apple Pencil to work with the iPhone. The report reminded readers of what Apple's CEO had stated in an interview in 2016: "And if you've ever seen what can be created with that pencil on an iPad or an iPhone, it's really unbelievable." It was pretty clear that Cook had seen a working prototype in order to make such a statement. Then in May of this year Apple was granted a patent which illustrated Apple Pencil working on an iPhone. While it's unknown when Apple will decide to pull the trigger on an iPhone that could use Apple Pencil, Microsoft was granted a patent earlier this month for a possible future Surface smartphone that uses the Microsoft Surface Pen. The engineers responsible for the invention were from their Nokia team. Microsoft fan sites have been dreaming of this possible product entry for years. 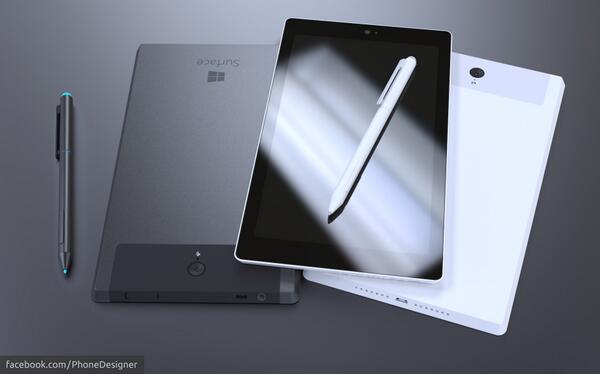 Microsoft's patent figure 5 is presented as our cover graphic. Microsoft's granted patent 9,720,546 was published on August 1, 2017 and originally filed in September 2015.