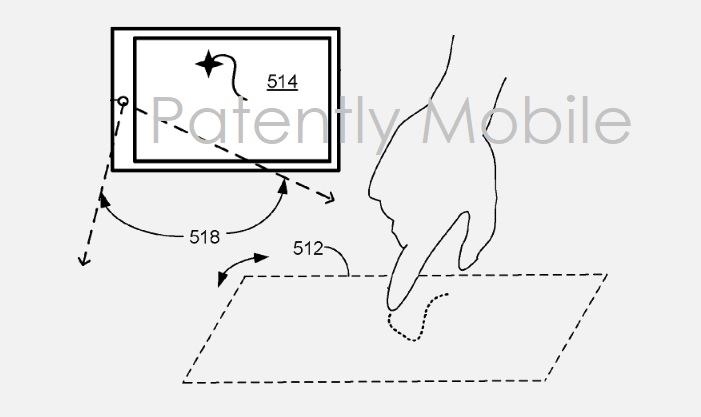 Earlier this summer the U.S. Patent & Trademark Office published a patent application from Microsoft that reveals a 3D depth camera for a future Surface device that will be able to interpret in-air hand gestures to control a function of the device or to manipulate an on-screen radial menu. The 3D camera could also capture input from a stylus writing or drawing objects on a surface directly in front of the Surface device as noted in our cover graphic. Microsoft further notes that the user will also be able to draw with their finger or even use a coffee stirrer if need be to input data, beyond using a professional smart pen.

Apple's iPhone 8 will be including an advanced 3D depth camera for facial recognition, but Apple could likewise add the ability to use if tor in-air gesturing input because they have patents supporting this (one & two). Additionally, a video from Apple's 3D sensor supplier shows in-air gesture recognition that could be part of the iPhone 8 if Apple so chooses to introduce it this time around. Will they? While only time will tell, the fact is that the technology that they're adopting clearly supports it. 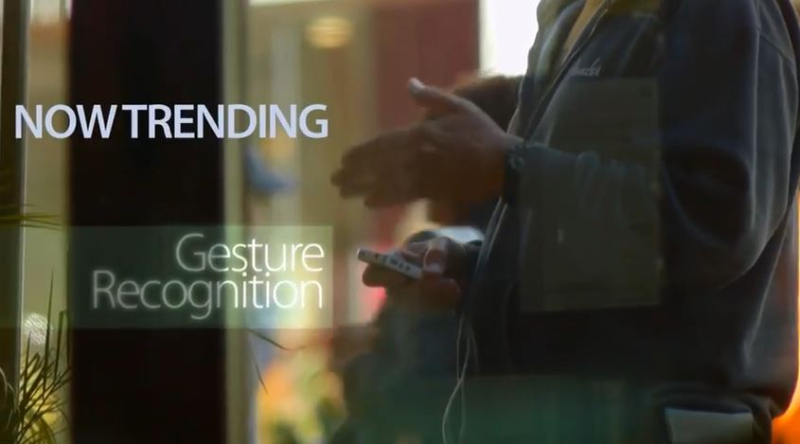 It'll be interesting to see which company delivers this feature and/or function to market first. To review more on this invention from Microsoft, see the full Patently Mobile report here. 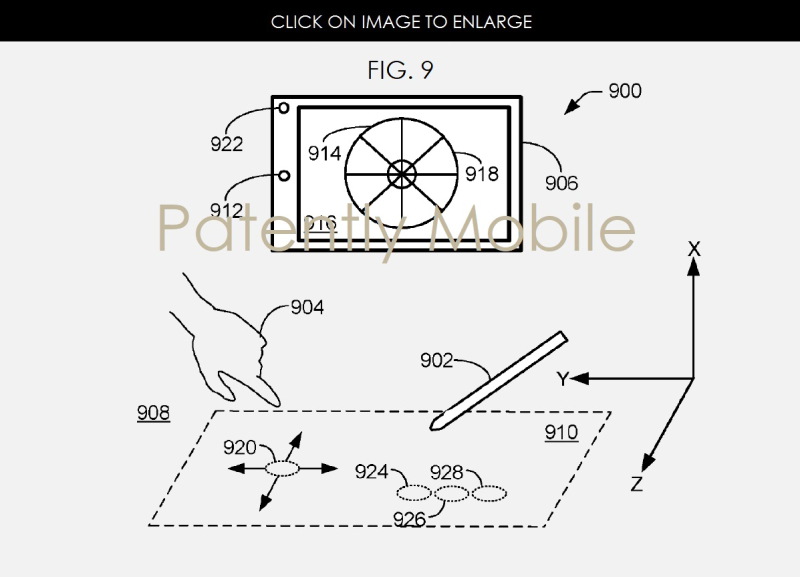