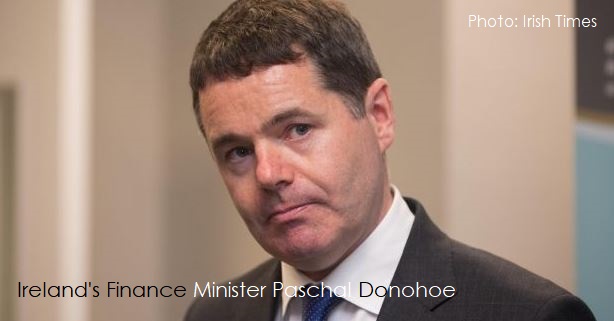 Last week Patently Apple posted a report titled "Ireland close to a deal with Apple over holding Billions of Euros during the EU Tax Ruling Appeal Process." Today we're learning that Ireland's Finance Minister Paschal Donohoe went on record with a German newspaper to say that the EU's demand for Apple to pay it 13 billion euros in back taxes is unjustified.

More specifically the Minister stated that the tax rules from which Apple benefited had been available to all and were not tailored for the U.S. technology giant. They did not violate European or Irish law, he added.

The Reuters report from Berlin noted that "The Irish government has said it will collect the money pending an appeal of the ruling by Apple, but Donohoe said it was not Dublin's job and the request was not justified. He further stated that "We are not the global tax collector for everybody else."