Home Archives Contact Us Subscribe Twitter MeWe Facebook Patently Mobile
In 2017 Samsung has won close to 3X more Patents than Apple thus far, Contrary to Theories from Samsung Zombies
An Investor Note from Barclays Shows just how out-of-touch they are with Apple's Fan Base 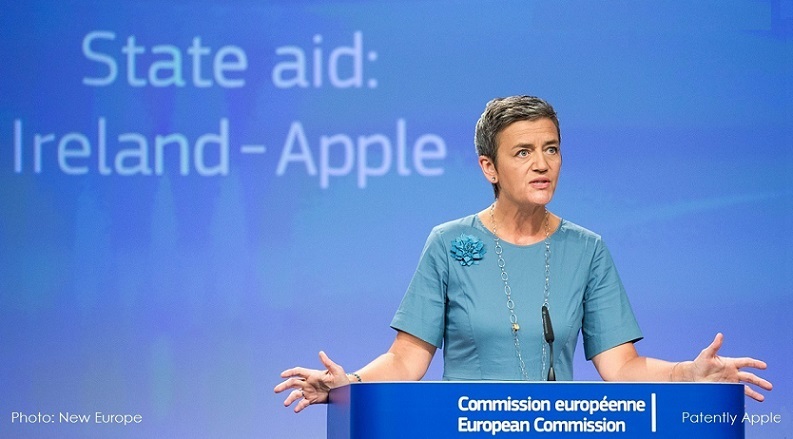 In June Patently Apple posted a report titled "Ireland Looks to indemnify itself against any Losses Stemming from Holding Apple's €13bn in Back Taxes." The report noted that as Apple prepares to hand over the money for safe keeping, Ireland wants to make sure it isn't left on the hook for any drop in the value of the fund during years of appeals at the EU courts. Today it's being reported that Apple and Ireland are close to a deal to protect Apple's funds while Apple fights the EU's tax ruling.

Bloomberg reports today that "Ireland and Apple Inc. are close to a deal to protect the Irish government from any losses that could occur while it holds as much as 15 billion euros ($17.7 billion) of the iPhone maker's money during a tax fight with European Union regulators, according to two people familiar with the matter.

Apple has said that they "continue to cooperate with Ireland on the recovery process the commission has mandated but remain confident that once the General Court of the EU has reviewed all the evidence it will overturn the commission's decision."

The Appeal process could take up to five years to resolve.