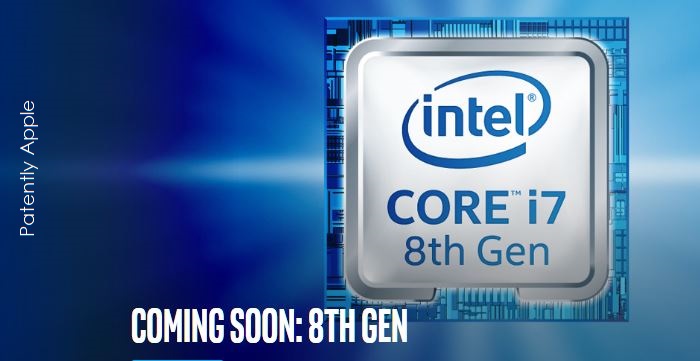 Because the event will take place on the same day as the 'Great American Eclipse' – Intel chose to play it up a bit by saying that customers shouldn't be "caught in the dark," and watch the Intel event. Intel's Senior VP of their client computing group will go into details about their next-generation i5 and i7 processors. Additionally, a VR creator and imaging technologist will be on hand to bring the power of the new Intel processors to life. Intel further noted that the new processors will be in computers for the holiday season if note earlier.

Lastly, it should be noted that on August 28 Intel will be introducing their extreme high-end i9 processors to take on AMD's new Ryzen Threadripper multi-core processors launching tomorrow. There's even a slight chance that Intel will use the second event to launch their new i7 X-Series processors that were covered in Patently Apple's recent report titled "Intel Surprises with new Core X-Series Processor Family with Economical 8 Core / 16 Thread to Challenge AMD's Ryzen."