In 2017 Samsung has won close to 3X more Patents than Apple thus far, Contrary to Theories from Samsung Zombies

When Apple sued Samsung in the spring of 2011 for patent infringement the Android world came unglued in online forums and articles ranting that Apple filed more tech patents than any other tech company and that they were trying to stop innovation along with other nonsensical statements and theories. Once again the irony plays out when we see that Samsung has year after year filed more patents and have been granted more patents than Apple since 2010. And yet the ignorant ranted online like the good Samsung zombies that they were and and still are.

Up to August first of this year, Samsung has been granted 4,143 patents placing them only second to IBM with 5,797 patents. Apple was granted 1,559 patents landing them in sixth position for the year thus far. The data below is from the U.S. Patent Office. 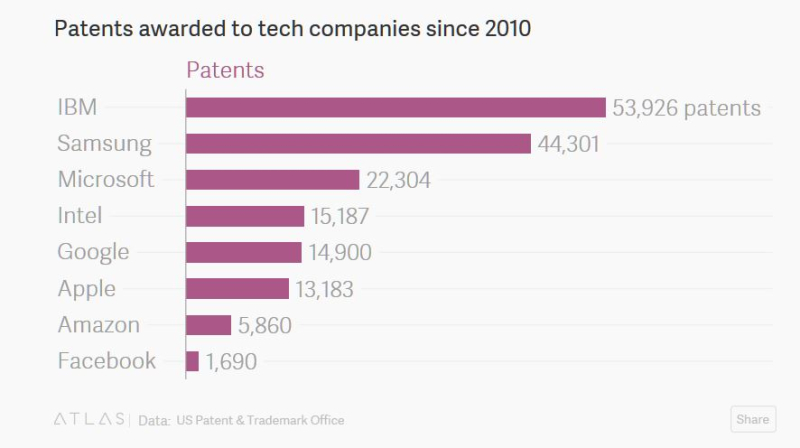