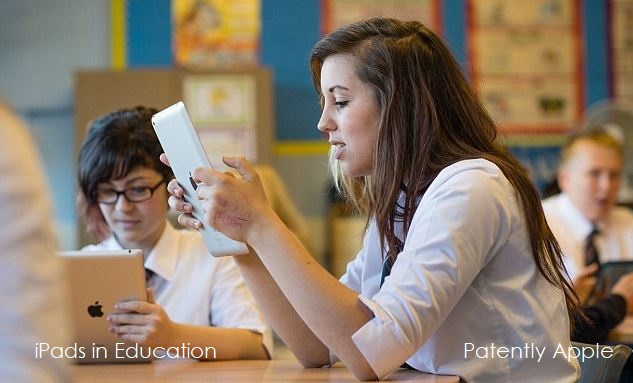 During Apple's Financial Conference call this week, Apple's CEO stated that "We had very positive results for iPad with broad base growth in units, revenue and market share. iPad sales were up 15% year over year and grew across all of our geographic segments. We achieved our highest global market share over four years based on IDC's latest estimate of tablet results for the June quarter. And markets like China and Japan, over half of iPads sold were to people buying their first iPad." The latest IDC tablet report published late yesterday reflects Tim Cook's commentary. The chart below shows Apple's year-over-year growth at 14.7% with a 30.1% market share position. 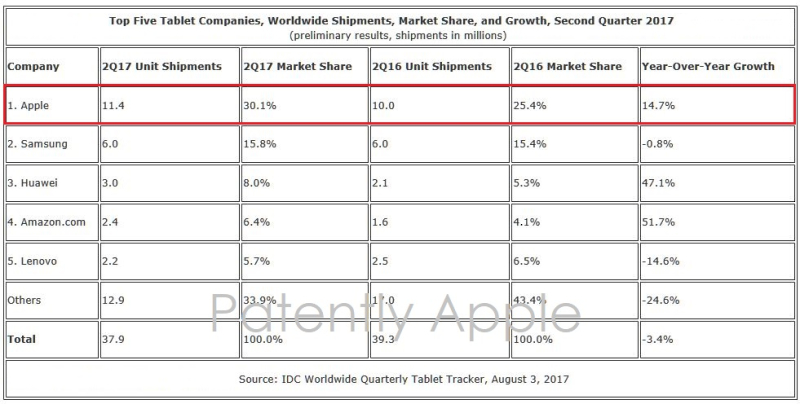 Apple's CEO also noted during that conference call that "We believe that coding is an essential skill that all students should learn. We're thrilled that over 1.2 million students of all ages are now using iPad and Swift Playgrounds to learn the fundamentals of coding and over 1,000 K12 schools across the United States plan to use Apple's Everyone can Code in their cirricula this fall."

IDC's report stated that "Apple positioned itself quite well during the quarter by consolidating its lineup and introducing two new iPads. The new iPad's relatively low price point triggered some consumers to upgrade their aging devices and demand for this new tablet finally caused a turnaround for Apple's iPad business. Meanwhile Apple's transition towards detachable tablets continued with the launch of the 10.5" iPad Pro and a major update to iOS (expected later this year)."

Market turmoil aside, three of the top five vendors managed to increase share and grow on an annual basis with price being the largest driving factor. To date, the 2-in-1 market was bifurcated as Apple and Microsoft led with detachables while the PC vendors led with convertibles. Though that is slowly changing as smartphone vendors and traditional PC vendors begin to offer compelling alternatives, the pace has been rather slow as Surface and iPad Pro still dominate shelf space and mind share."

IDC is still hopeful that Windows tablets will increase in popularity when new tablets enter the market this fall that are based on ARM processors.