France to Crackdown on Tax Rules for U.S. Tech Companies 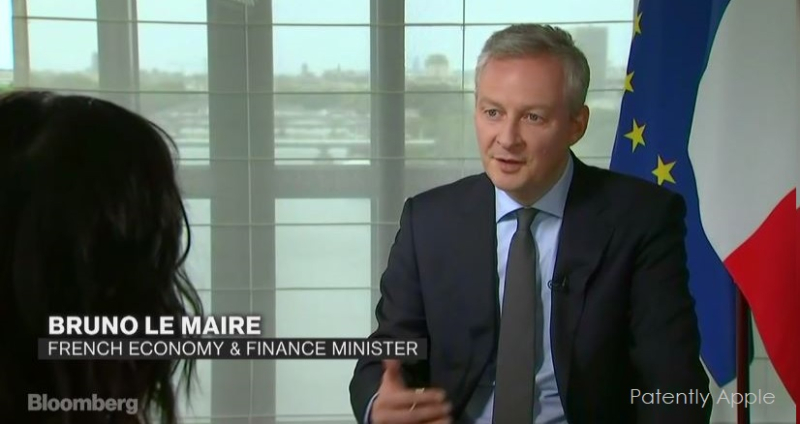 According to a new Bloomberg report published last night, France is working with Germany and other partners to plug loopholes that have allowed U.S. tech giants like Alphabet Inc.'s Google, Apple Inc., Facebook Inc. and Amazon.com Inc. to minimize taxes and grab market share in Europe at the expense of the continent's own companies.

The video below covers a lot of territory regarding new rules taxes. The discussion turns specifically to internet companies starting around the 3:50 mark but it's reduced to a single sentence and Apple is not singled out as Bloomberg's byline suggests.

The report further noted that "France will propose the 'simpler rules' for a 'real taxation' of tech firms at a meeting of European Union officials due mid-September in Tallinn, Estonia, French Finance Minister Bruno Le Maire said in an interview in his Paris office on Friday, complaining that Europe-wide initiatives are proving too slow.