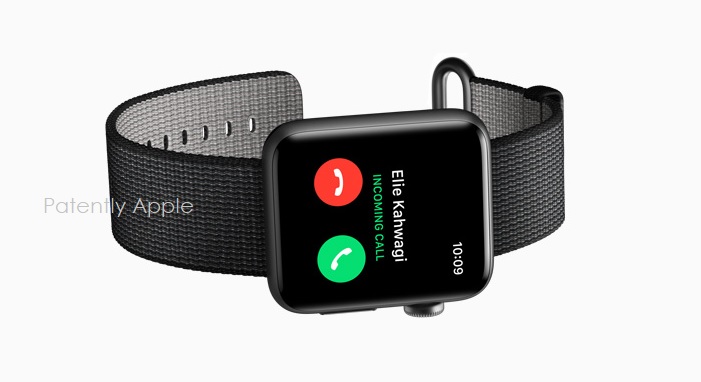 On August third Patently Apple posted a report titled "Xiaomi is the World's Leader in Bottom of the Barrel $29 Fitness Band Wearables while Apple Leads in Smartwatches." Apple is the leader in true advanced smartwatches with no equal. Throwing Apple into a broad category like 'wearables' has them appear to be losing to cheap band makers like Xiaomi and Fitbit. Now the market is going to get more interesting with the arrival of smartwatches with cellular capability.

On August fourth Patently Apple posted a report titled "The Apple Watch Breakthrough that we've all been waiting for may arrive in Q4." The breakthrough is finally bringing cellular capabilities to the Apple Watch without having to use an iPhone. Bloomberg reported that this was coming to market as early as later this fall.

A report from Canalys last Thursday noted their research analyst stating that "The arrival of the new Snapdragon Wear chipsets from Qualcomm has prompted vendors to improve their wearable band offerings." Canalys expects premium LTE-enabled smartwatches in China to grow rapidly as vendors build new features on top of the basic tracking and calling capabilities."

The report further noted that "Vendors integrating cellular connectivity into their smartwatches are expected to adjust their go-to-market strategies to complement the new products."

Canalys Analyst Jason Low added to the report by stating that "Apple is poised to capture the cellular smartwatch market by using its strong relationships with operators, which will become critical points of sale for cellular smartwatches and related services. Apple is the industry leader in allowing consumers to experience the different Apple Watch styles and functionalities in-store. It is crucial for Apple Stores and Apple's offline retail partners to adapt quickly to effectively showcase new cellular-enabled use cases as soon as products are available." 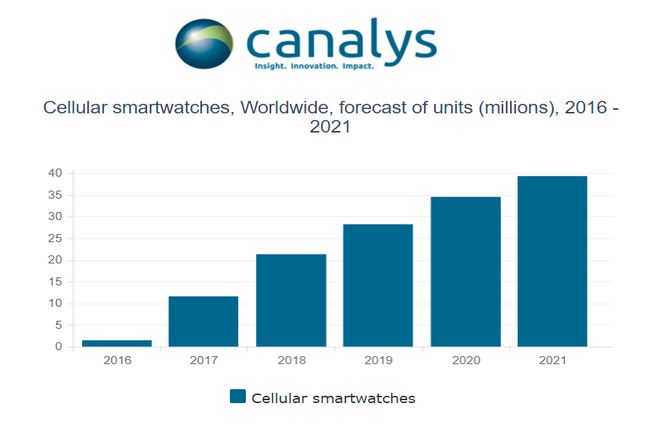 Lastly, the report noted that Fitbit is currently facing greater pressure as the release of its next smartwatch is approaching. Competitors are set to gain an edge with the upcoming release of cellular-enabled smartwatches.

Should Apple truly deliver a new Apple Watch model this fall with cellular as expected, Apple will be able to quickly grow Apple Watch Sales and likely take their lead in premium priced smartwatches to an all-time high over the holiday season.