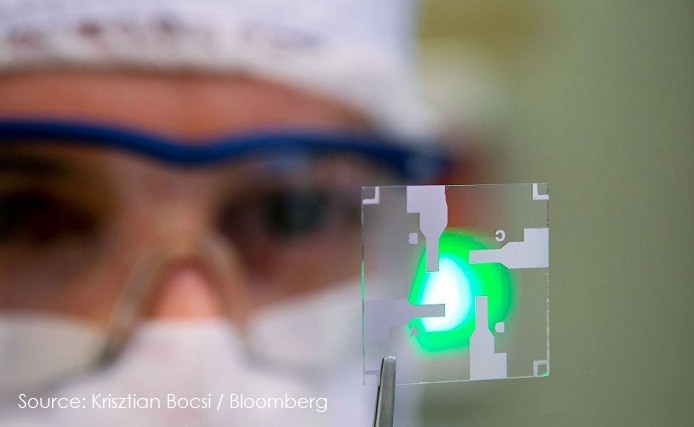 Patently Apple posted a report last week titled "Gene Munster's Loup Ventures sees 'Lumentum' emerging as a Key 3D Sensing Supplier for the iPhone 8." We first reported on Lumentum back in June. The video below is from that initial report wherein Andre Wong, Lumentum's Director talks about their next-gen sensors supporting in-air gestures and more.

Today Bloomberg reports on some of the new suppliers in Apple's supply chain that will advance the iPhone 8 coming to market next month. The report touches on Lumentum, Universal Display and AMS. Lumentum, a spin-off from JDS Uniphase, will provide 3D laser filters for the iPhone that will primarily be used for advanced face recognition and may even play a role with augmented reality. You could read more about this from Bloomberg.