Today the US Patent & Trademark Office published a patent application from Apple that relates to possible next generation display technology based on quantum dot. Apple has two patent applications covering their working on this that surfaced in 2014 and again in 2016. Theoretically, the advantages to this type of display is that it could reportedly deliver brighter 'pure color' and consumes less power, in fact close to 50% less power. The technology is also ideal for consumer devices that demand a flexible display. Something that Apple has been working on for many years. In today's patent application report we cover Apple's latest development on this front which focuses on a new hybrid quantum dot pixel for future OLED displays. The patent notes that such displays could be used for smartphones, tablets, computers and televisions.

State of the art displays for phones, tablets, computers and televisions utilize glass substrates with thin-film transistors (TFT) to control transmission of backlight through pixels based on liquid crystals. More recently emissive displays such as those based on organic light emitting diodes (OLED) have been introduced because they can have a faster response time, and be more power efficient, allowing each pixel to be turned off completely when displaying black or dark colors, and be compatible with plastic substrates. Even more recently, quantum dot light emitting diodes (QD-LEDs) have been introduced as an alternative display technology, potentially being more power efficient that OLEDs. 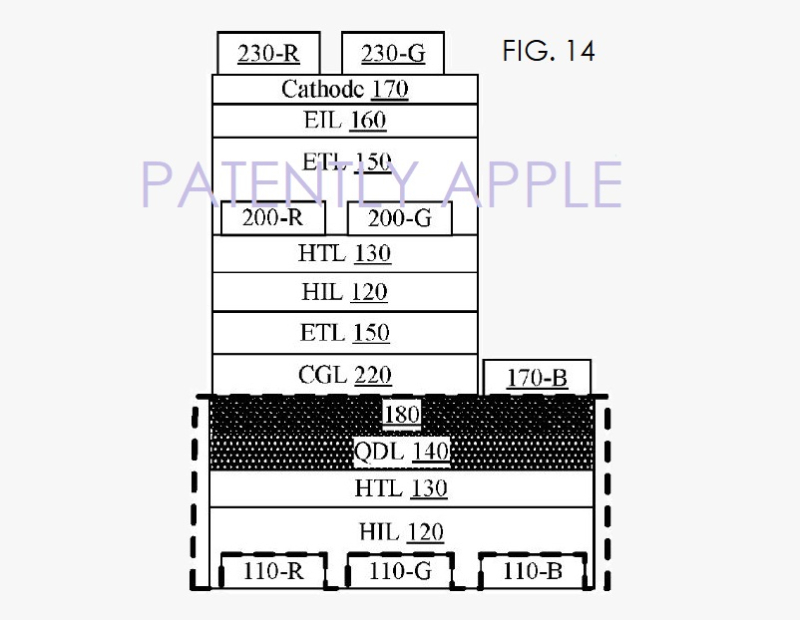 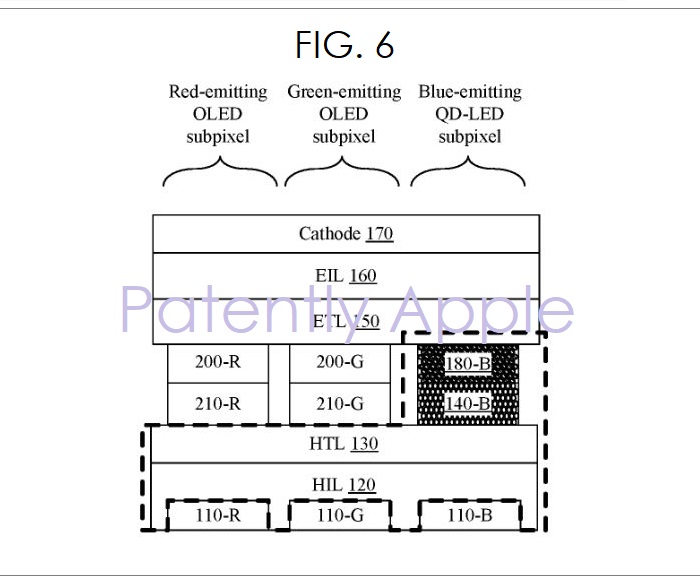 This is a highly technical patent filing that is chock-full of technical industry jargon and references that most consumers aren't familiar with. For those still wanting to delve into the details of this invention, see patent application 20170221969. Patently Apple was first to discover this patent application on August 3, 2017. Considering that this is a patent application, the timing of such a product to market is unknown at this time.