In June Patently Apple posted a report titled "Apple Updates Apple Logo Trademark to Cover Tourism, Tours, Hotel Reservations, Electricity Distribution and more." Today I discovered a new Apple filing in Hong Kong for the Apple logo that covers a whole new set of possible future products that Apple wants legal coverage for. Of course Apple hides what they really want covered within a sea of boiler plate verbiage that is classic basic coverage for International Class number 28. Most items are obviously never going to be made by Apple while some are questionably possible as they cover themes Apple has shown some interest in. I've highlighted a few items of interest that relate to distinct two themes. The first theme relates to video games, game consoles and apparatus – which could also cover a future gaming AR/VR headset. The second theme covers fitness. Perhaps you'll see other possible themes within international class 28 that is listed in full below.

Apple legal doesn't apply for an extension of coverage for the company logo without cause. Apple legal obviously knows that they have to extend their legal coverage for the Apple logo for something new that hasn't been covered before. Something new is on Apple's radar that is covered exclusively within the scope of international class #28. 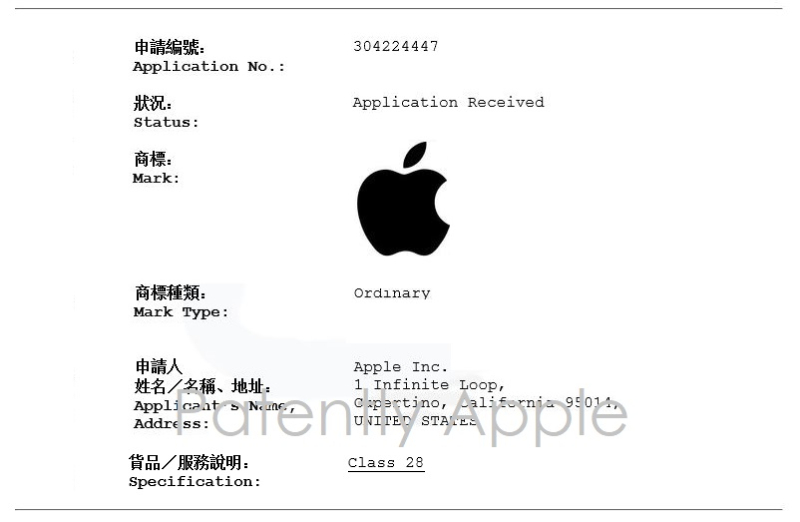