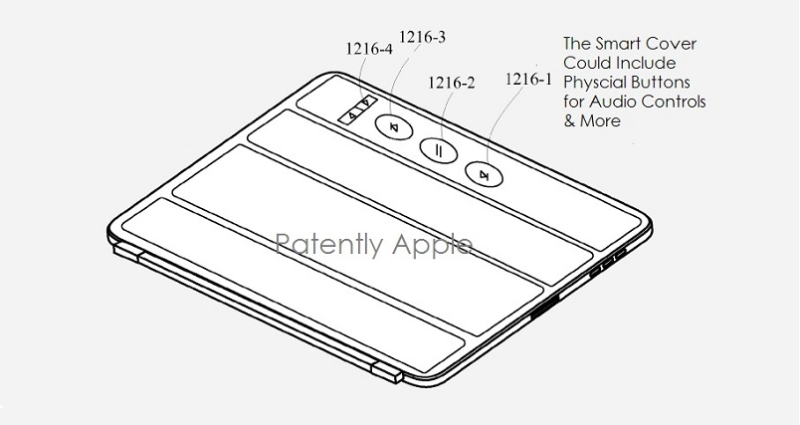 On March 28, 2013, the US Patent & Trademark Office published a patent application from Apple that revealed that the iPad's Smart Cover could over time add a few sophisticated features. In August 2012 Apple revealed a mind boggling set of new possible features for the Smart Cover that ranged from inductive charging to built-in solar panels and the use of a flexible display to name a few of innovations being explored. Today's granted patent, while not as elaborate as the 2012 patent filing, still introduces some nice refinements that could jazz up the iPad's Smart Cover. In particular, Apple's granted patent covers adding physical soft buttons to the Smart Cover so that users could easily control their iTunes volume and be able to fast forward or put tunes on hold or see the time and more. 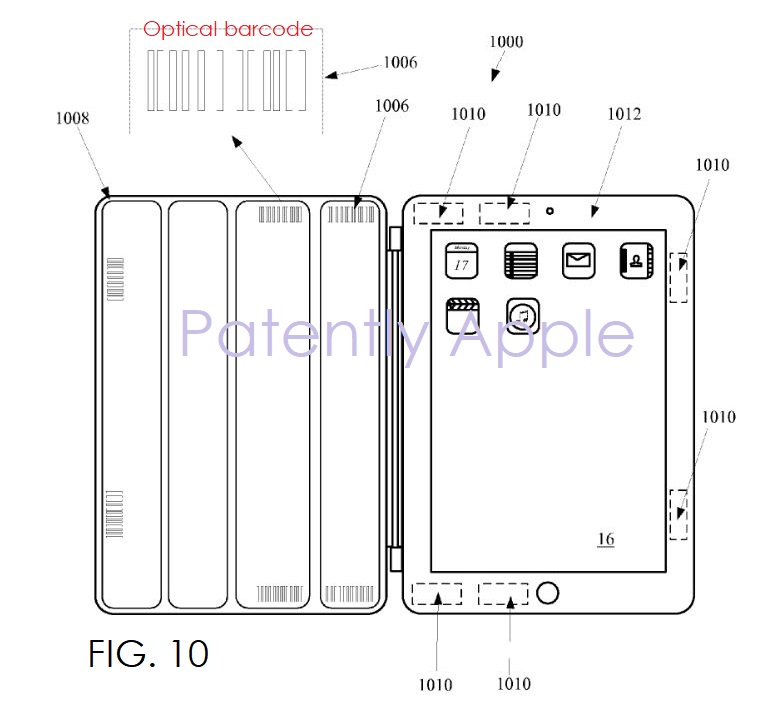 Apple's granted patent 9,729,685 was originally filed in Q3 2011 and published today by the US Patent and Trademark Office. We posted our original patent application report on back in 2013.